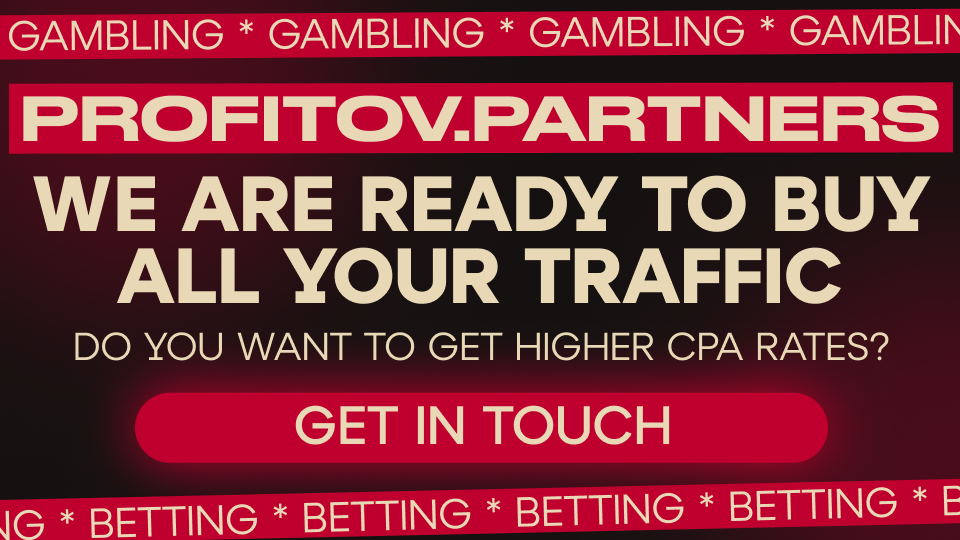 The Man and the Traffic: Testing Various Hypotheses on Driving Push Traffic

Hi everyone! This is the editorial team speaking.

In this volume, Oleg shares his hypotheses on driving push traffic to dating offers. Some of them have been confirmed by the actual affiliate practice and can help you generate more profit, while others turned out to be absolutely worthless.

We hope that you will share your affiliate wisdom with Oleg and help him figure out time and region targeting.

Today, I’m not going to discuss my campaigns in great detail. As for now, I haven’t managed to secure stable positive results. I launch ad campaigns and they generate leads for a day or two but then plummet into the red. All my hypotheses and accumulated statistical data have proved to be of little use in terms of profit. But I’m not giving up! I hope to have your assistance.

In the previous volume of our experiment, I mentioned that my garage was visited by villains. Well, they can no longer sustain their criminal activities, as some local guys have captured both of them and while they were settling their score with one thug, the other one took refuge on a garage roof and was later “rescued” by the police. One of these days, I’ll pay a visit to the police station and probably will be able to recover some of my belongings.

So, let’s get down to business.

Having gathered and analyzed quite enough data on dating, I tried to find answers to some of my questions.

Do you always need pre-landers?

Multiple tests and their thorough analysis have revealed that a standard age verification pre-lander converts best. You may have read in the previous issue that it was quite surprising for me to see leads coming even when I didn’t use a pre-lander.

The answer to this mystery turned out to be rather simple: some offers go with a survey pre-lander, and that’s why before starting driving traffic to them, you should clarify all these details with an affiliate network’s support team.

If there is no way to find this out, you can test out different traffic flows: a direct flow, an age verification pre-lander, and a survey pre-lander aimed at actually warming the audience up. Depending on test results, you should choose the best working option for your campaign.

Having sliced the data by individual day (and taking into account a day’s ROI), I saw what GEO converted best on a certain day.

I found out that IT, FR, ZA, DE, TW, PT show the best results in terms of performance on Mondays.

So, this Monday I started driving traffic to FR, DE, and ZA, but all my campaigns plunged into the red. And as for now, I have no idea why. Either I don’t have enough data to draw such conclusions or day targeting isn’t working at all for me.

I examine the statistics on CZ on the tracker page: the test reveals that my campaigns convert best in the evening after 18:00 local time. I set up two campaigns (targeting Prague and other Czech regions respectively). Then, I launch the campaigns for a period of 24 hours to verify my hypothesis. It turns out that a campaign that targets all Czech regions excluding the capital generates leads day and night.

I can only presume that competition is low during this time, while user activity remains high, which is actually a characteristic of this particular region.

By the way, studies claim that the best time for sending push notifications is 13:00 to 14:00 and after 18:30. The article I’m citing concerns only the USA, but I can presume that these findings are true for any major city, not only in the USA.

If the red line is higher than the blue one, it means that a push notification you’ve sent is much more likely to be opened.

Once again, I tried driving traffic to this GEO and was severely disappointed. I made the creatives based on the most effective ones in the spy tool: 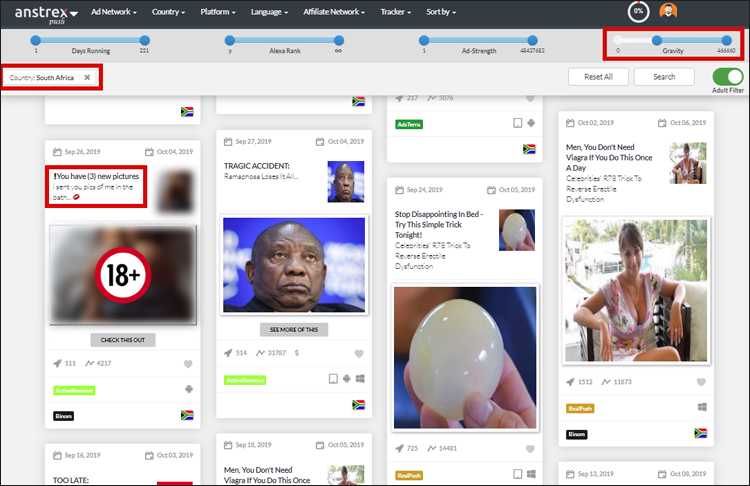 Here are the results of my PropellerAds campaign:

Unfortunately, it generated only a few leads. And again, I have no idea why. My affiliate manager said that according to their statistics direct offers showed the same conversion rate as before.

My sweepstake campaigns also fail to show a stable positive dynamic: one day they bring 10 leads, another day 0. 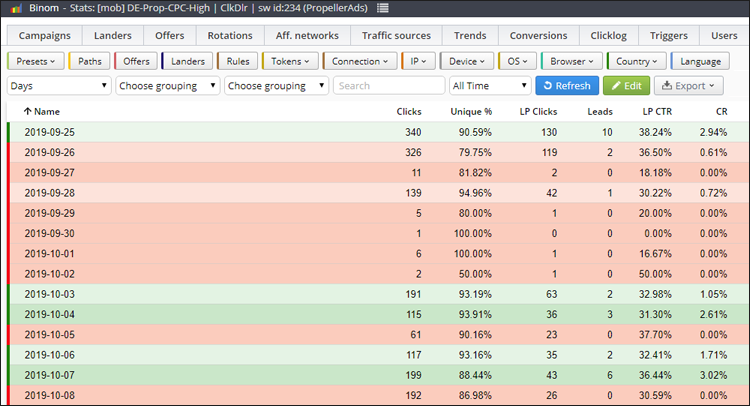 As for yet, I can’t find any clear explanation for this. I can assume that there is a wide range of factors that influence the entire marketing chain from showing an ad to performing an action and that I don’t have enough data.

I find it difficult now to identify any consistent patterns, as practice refutes all my hypotheses as to how to improve targeting and boost my conversion rates. Moreover, to draw some definitive conclusions, I should first work with a larger number of GEOs.

I believe you’re following the wrong strategy. Running small traffic volumes here and there is just not an option. I suggest you put all your efforts together to try to find a profitable campaign and start driving huge traffic volumes.

It does happen that a conversion rate is erratic, but the moment your campaign starts converting, you should just buy up as much traffic as you can to generate more profit. You’ve learned how to find well-performing campaigns but not how to scale up.

An affiliate marketing expert at PropellerAds

“I can assume that there is a wide range of factors that influence the entire marketing chain from showing an ad to performing an action and that I don’t have enough data.”

Here, you have explicitly stated your key problem.

South Africa tests showed a great CTR, as your creatives have finally started to perform well. I particularly liked the image with a cell phone and an audio/video message.

However, the conversion rate turned out to be low, and the problem here probably lies in the pre-lander. Analyze the stats in a tracker or in your affiliate network to figure out at what stage you start losing your audience. We see only the upper part of the funnel and we don’t know what happens after a user clicks on your push notification.

“My sweepstake campaigns also fail to show a stable positive dynamic: one day they bring 10 leads, another day 0.”

What GEOs have you tested? The screenshot shows that your traffic volumes jumped up and down, it’s likely that your campaign got stopped and was changed multiple times. The question is what changes were actually introduced.

Then, I’d recommend you focus all your efforts on a single country and stop testing everything.

Traffic arbitrage is about making money, and the “every little bit helps” principle doesn’t work here. You will just spend more time, efforts and money on endless tests. But why would you do so if you already have a profitable campaign? If you focus on one GEO, you’ll also be able to gather more data for analysis, which is a valuable thing in itself.

Do one thing at a time. Choose one campaign that has proved to be the best in terms of performance and channel all your efforts, time and resources on optimizing it. Then, you can start scaling up.

Hi everyone!   A couple of months have passed since I shared the results of my campaigns. Running...
Read More
67
0
https://zorbasmedia.com/the-man-and-the-traffic-season-2-0-promoting-nutra-dating-and-physical-products/
Copy link Facebook VK Twitter Telegram

Salam məniməziz dostum — this is how we would like to greet our readers in the second part of our...
Read More
25
0
https://zorbasmedia.com/gamblingincis2/
Copy link Facebook VK Twitter Telegram