The Man and the Traffic: Running Install Campaigns

Hi everyone! This is the editorial team speaking. What you have in front of you is the second-to-last volume of “The Man” as a separate experimental project. Oleg has recently decided to move away from the dating vertical he has been working with for quite a while and try something new — installs.

In almost half a year, the Man went from an absolute newbie to an affiliate capable of picking up the right offer, as well as testing and running profitable campaigns in various verticals. We believe that this is a good result, and all this has been made possible thanks to our readers.

Now, the Man is going to tell you what he was doing in the last couple of weeks and how that turned out.

I’m finally back, and here’s the second-to-last volume of ZorbasMedia’s experiment where I’m going to discuss campaigns that I’ve been running recently and share my plans for the future.

The closer it gets to winter, the harder it is to get out of bed in the morning, which is caused by the lack of sunlight. The amount of light the sun sends us decreases and so circadian rhythms are no longer in line with my habitual daily routine. As a result, I can’t wake up right away and lack the necessary energy. Do you have any advice as to what I shall do?

Overall, I managed to secure the long-term ROI I planned to get, which is shown in this screenshot: 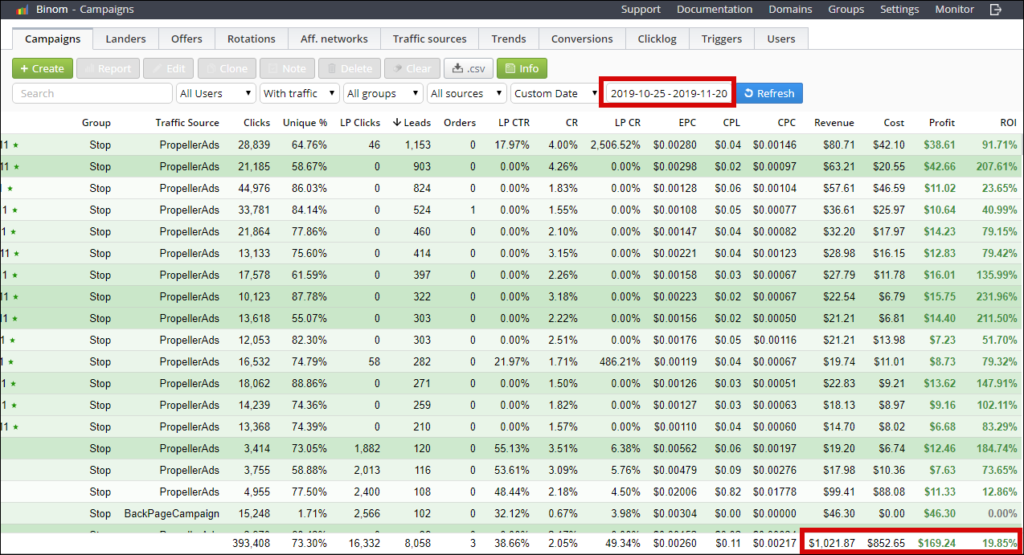 I decided to try out a new vertical — installs. Our in-house affiliate team has long been involved in this niche. I opted for download offers from affiliate network ClickDealer: they have plenty of offers to choose from and to test out. 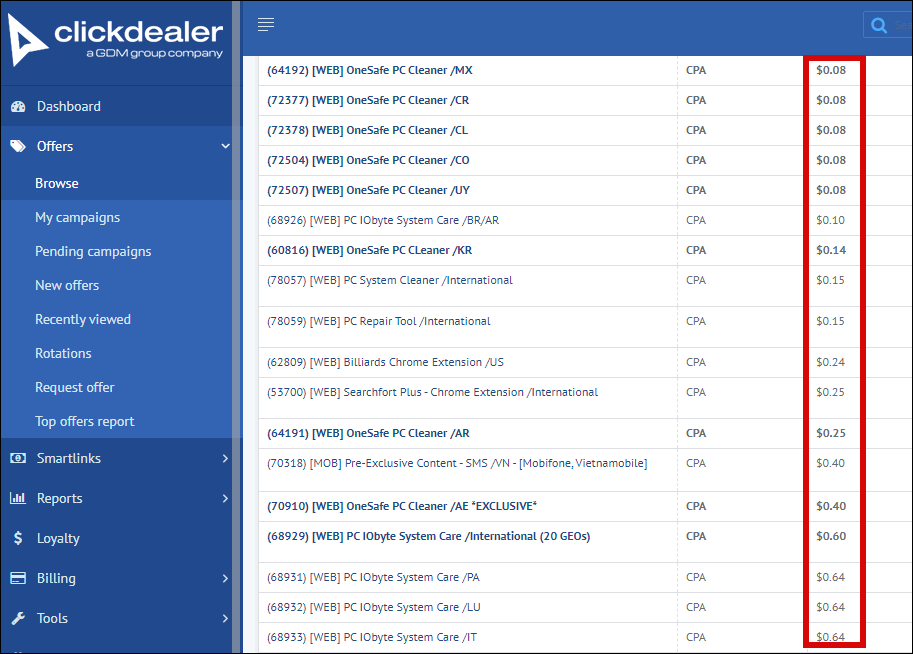 I decided not to pay extra attention to creatives and made them similar to that from the spy-tool. I’m not going to post them today as I still use them in my campaigns. In the screenshot below, you can see what creatives are generally used to drive traffic to installs. 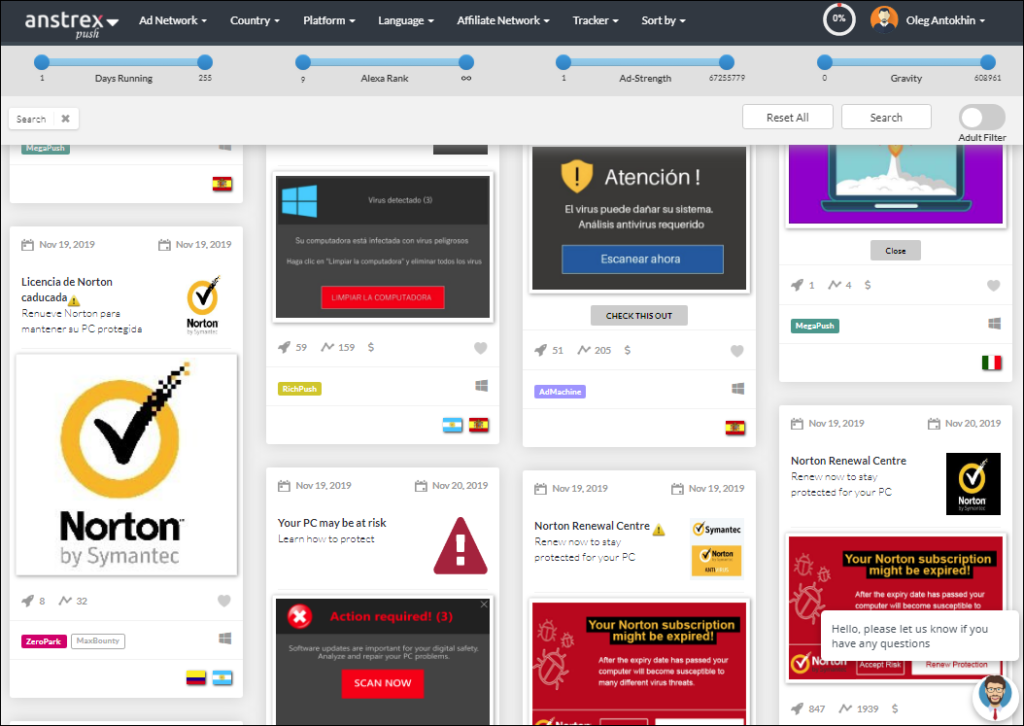 The language you use for your creatives is not that important (what I mean is a title and description for push notifications), as I haven’t noticed any significant changes in the CTR and used English only. What affects the CTR is the icon and text on a large creative: the bell and triangle converted the best. 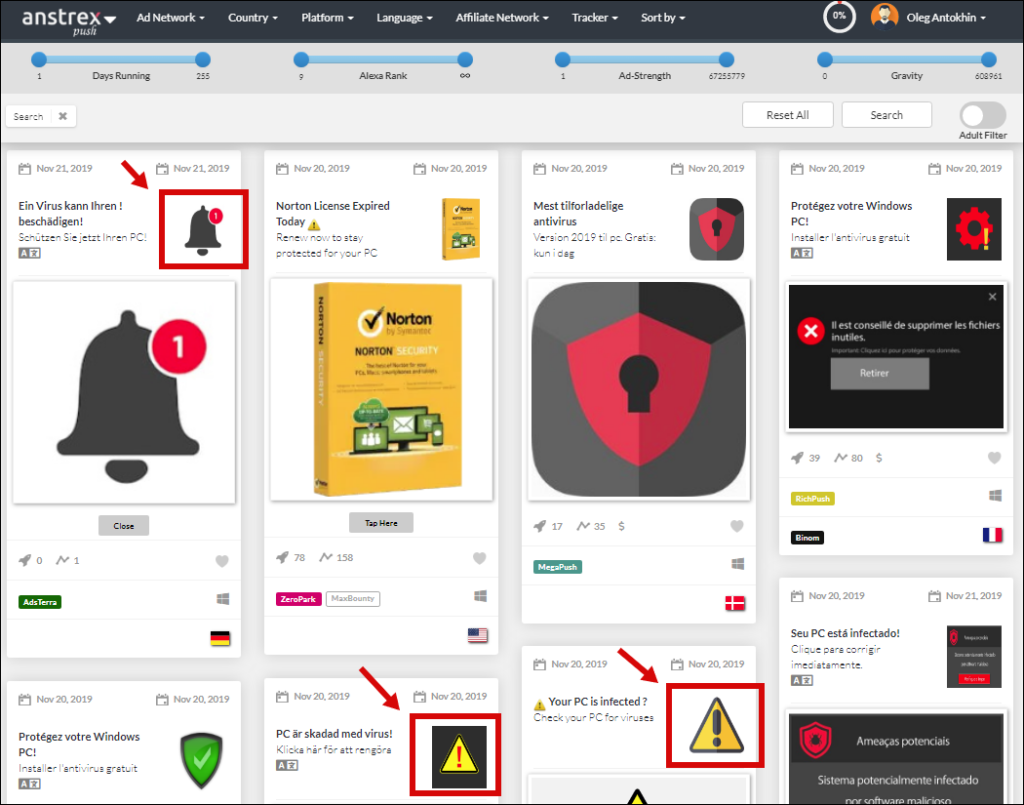 I targeted desktop Windows OS audiences. I set up different targeting options for each geo depending on the OS version, connection types and time targeting. Windows 10 showed the best results on some geos, while Windows 7 converted the best on others. I noticed similar discrepancies when it comes to connection type: either Wi-Fi demonstrated the best conversion rate or other connection types. I launched CPM campaigns on PropellerAds, as the CTR was rather high: 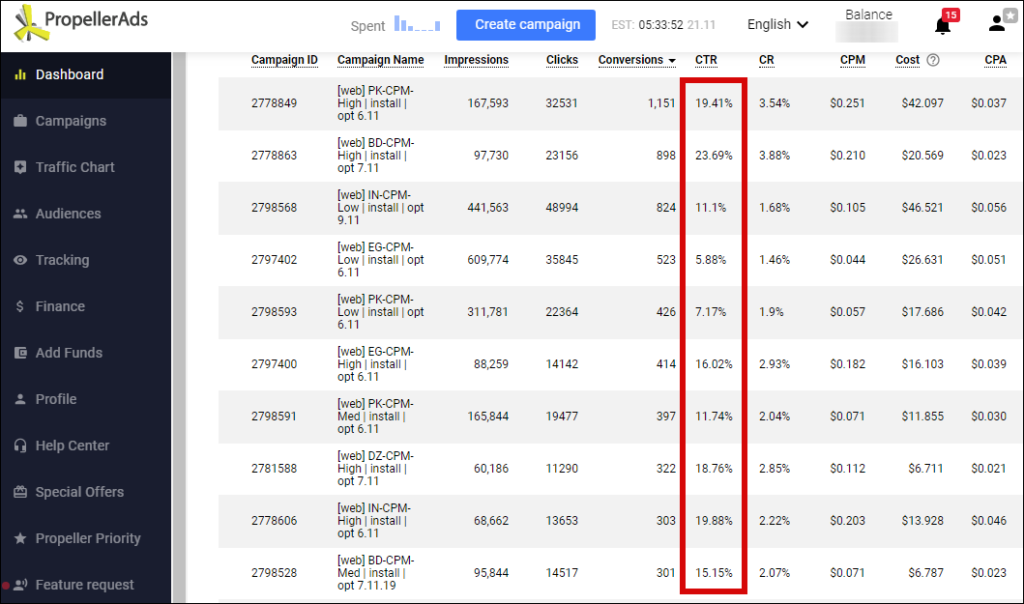 The campaign was active from 31.10 to 16.11. The average ROI accounted for 44%, while the spendings and profit totaled $690 and $212 respectively. A screenshot from a tracker showing my install campaigns is given below: 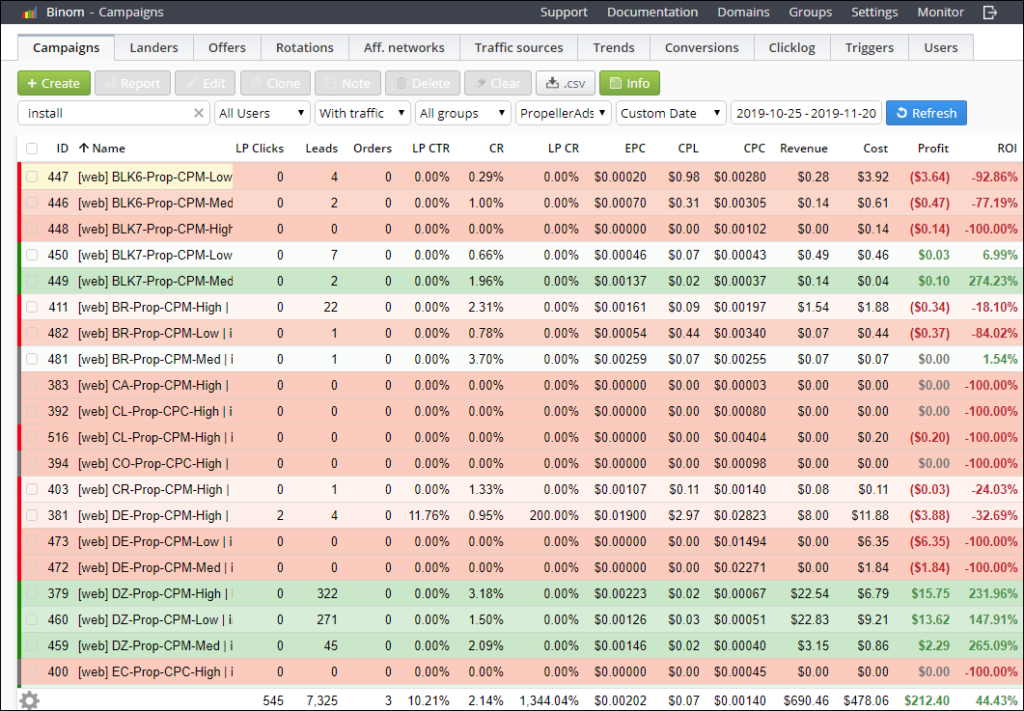 I continue driving traffic to installs, only that now I’m targeting other geos.

The following geos turned out to be the most profitable: Pakistan, Bangladesh, India, Egypt, Algeria, Tunisia, Indonesia, Iraq, Brazil, the Netherlands, Japan, Italy.

Hi everyone!   A couple of months have passed since I shared the results of my campaigns. Running...
Read More
53
0
https://zorbasmedia.com/the-man-and-the-traffic-season-2-0-promoting-nutra-dating-and-physical-products/
Copy link Facebook VK Twitter Telegram

Salam məniməziz dostum — this is how we would like to greet our readers in the second part of our...
Read More
17
0
https://zorbasmedia.com/gamblingincis2/
Copy link Facebook VK Twitter Telegram