Hi everybody! This is the second episode of our special project.

In this article, I’m going to touch upon the preparatory stage of the campaign launch and management process that includes:

Warming up accounts and inputting your payment info

We decided to rent all our Facebook accounts. You can drive traffic through both social and Business Manager accounts. We opted for launching our test campaigns from a BM account. Now, let me describe this process step-by-step.

First of all, our farmer linked rented accounts to our anti-detect browser Indigo account. All further actions were performed from this Indigo account.

Before launching a browser session, I connected my PC to my phone’s hotspot so that FB won’t identify static proxies at each new connection.

Then, I chose the campaign number and pressed “Start” in the Indigo admin panel. Then, the browser automatically opened a FB account page and ad campaign/BM settings.

I followed the strategy of warming-up your FB account a little bit before the general campaign launch.

For this, you will need a fan page dedicated to any whitehat subject. So, after creating two fan pages, I just posted an ad on each wall and started promoting them. Both ads included images of cats that I found on Google and a text saying, What nice kitties, take a look 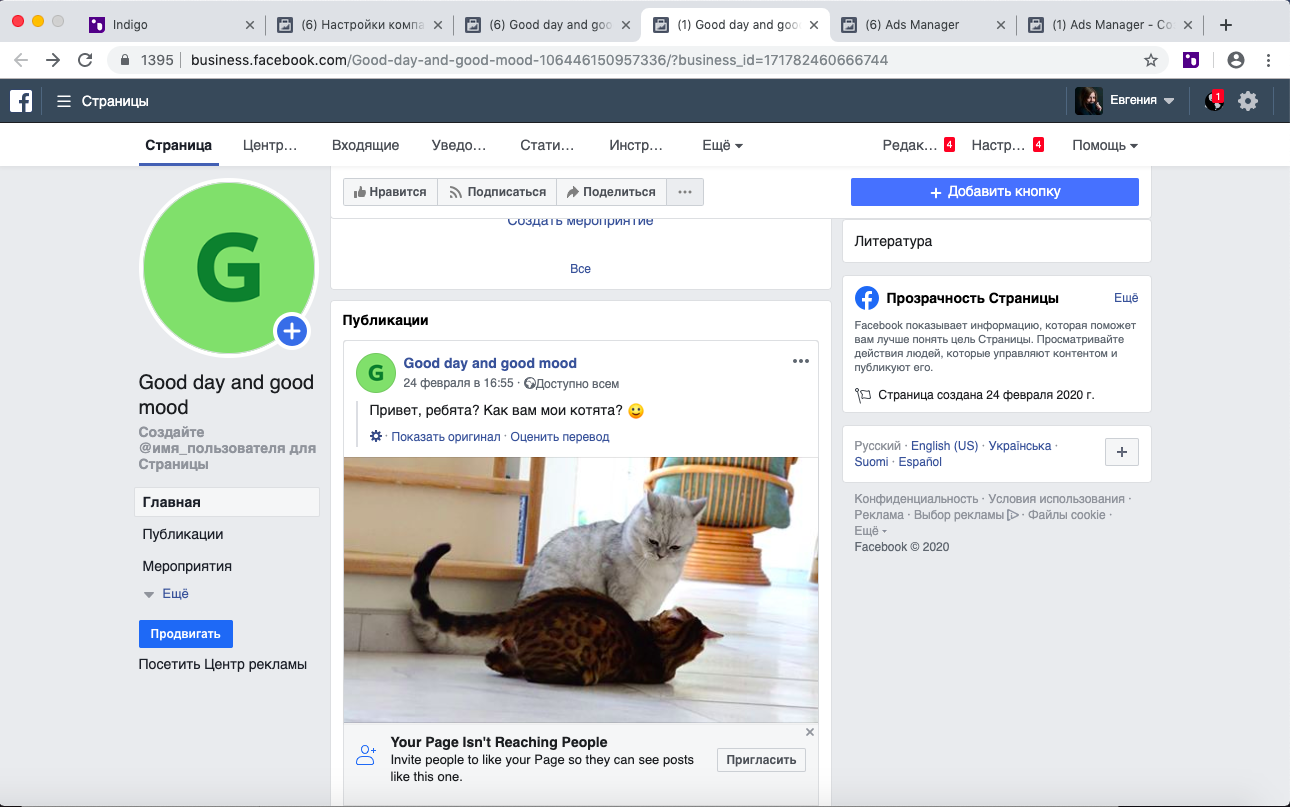 All this probably doesn’t make any sense whatsoever, but you shouldn’t bother too much with warming up your accounts. After pushing the “Promote” button, I made the following steps:

Then, I just saved the fan pages and the campaigns started running. Once I spend at least $1 on whitehat stuff, I will start driving traffic to our offers.

My next step was to choose landing pages and make creatives.

Picking up landings and making creatives

We chose GEO Italy for our first campaign. Guys from Media500 provided us with landing pages that perform well right now. However, for the sake of representativeness, we also checked out MagicAdz to find out what else is running in this GEO.

I didn’t just copypaste the landings, as it is preferable to uniqualize them. I sent the landings to our designer and he made new images with celebs on the subject matter we need. In general, only some minor changes were introduced. Also, I wrote three new texts for each ad.

MagicAdz conveniently allows you to filter landings by GEO and vertical. Moreover, you can download the pages without losing any data, you’ll just need to clear up the code a bit. 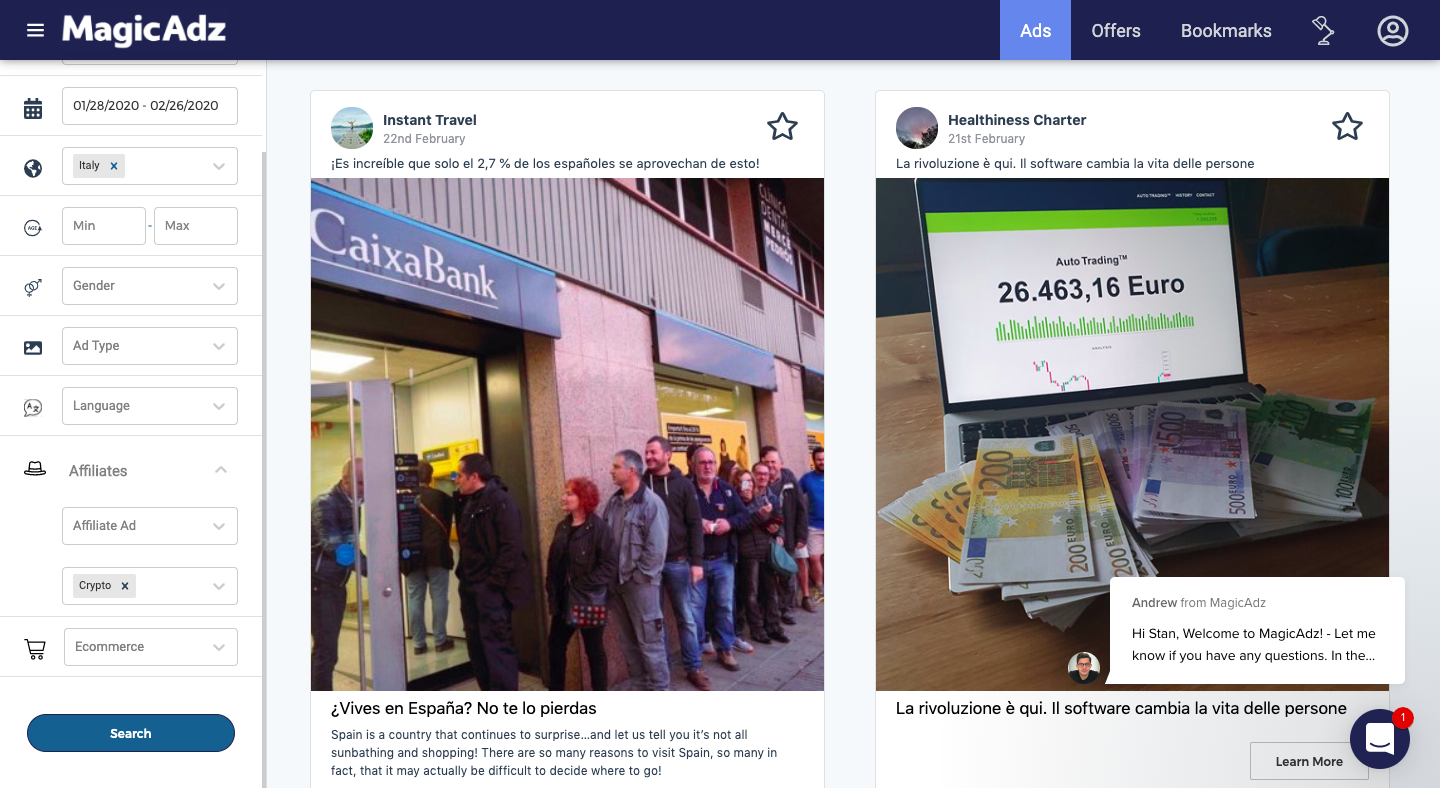 So, we settled on two landing page angles for each GEO:

For each angle, we will test one landing page with three ads.

You will find the examples of landings we are going to use below: 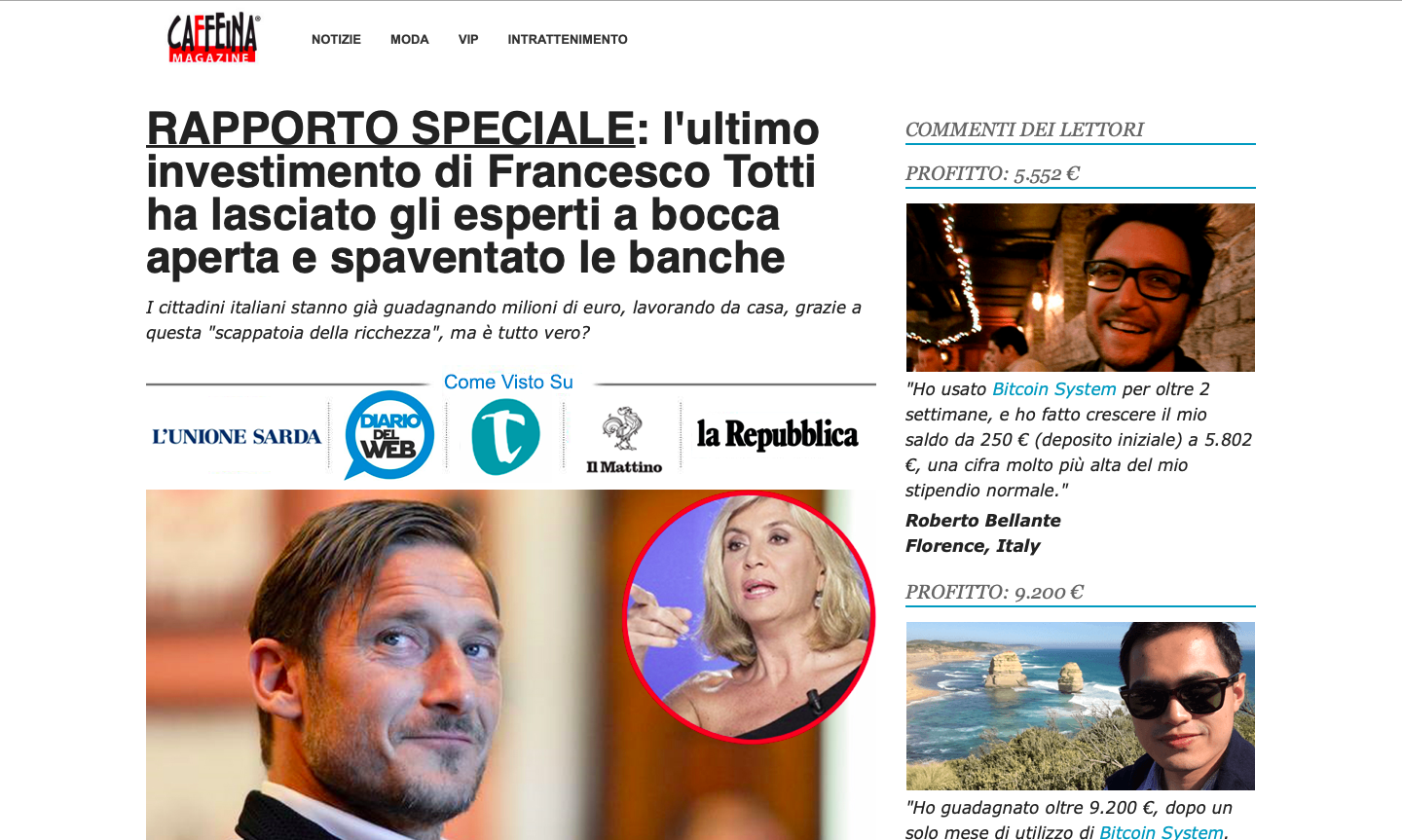 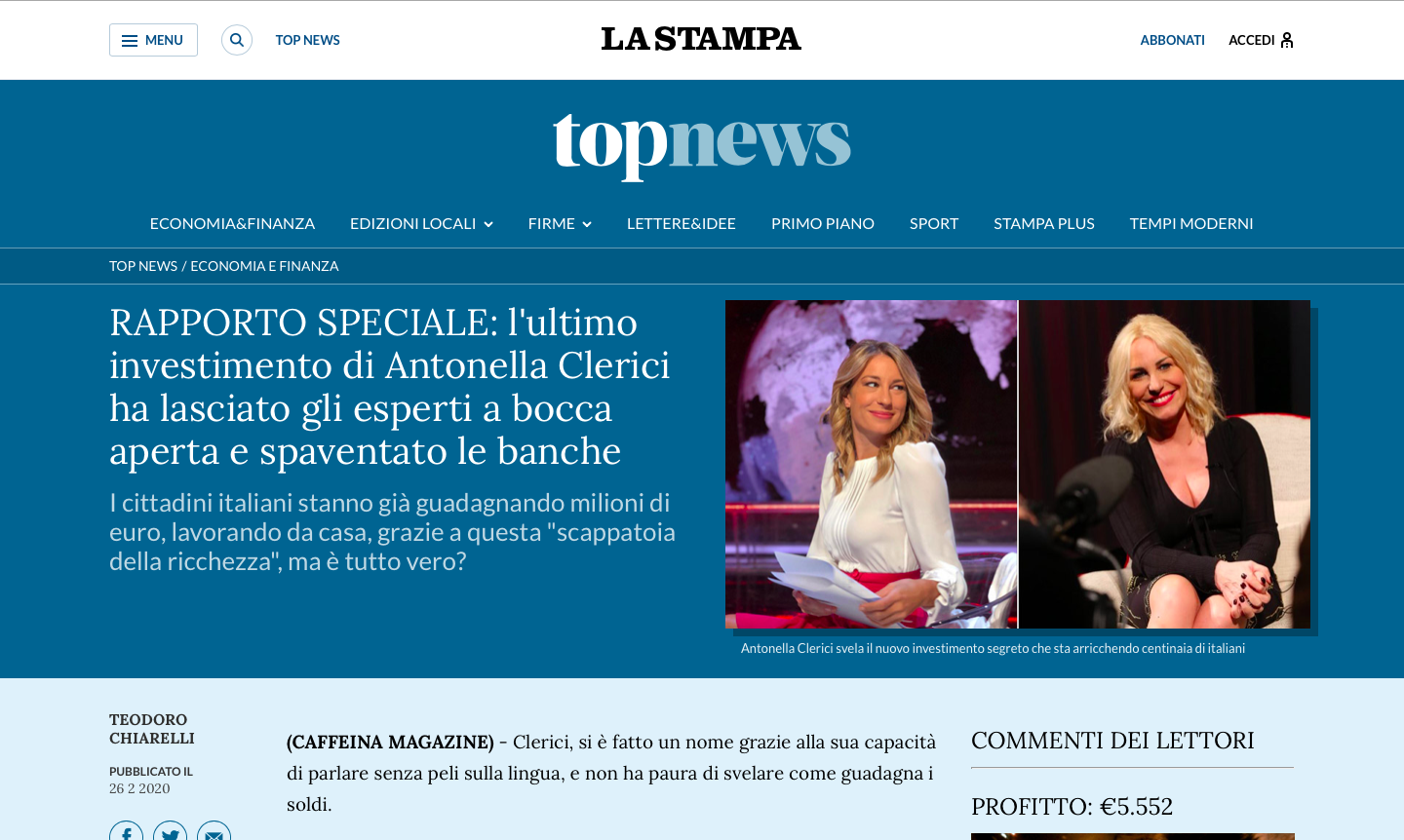 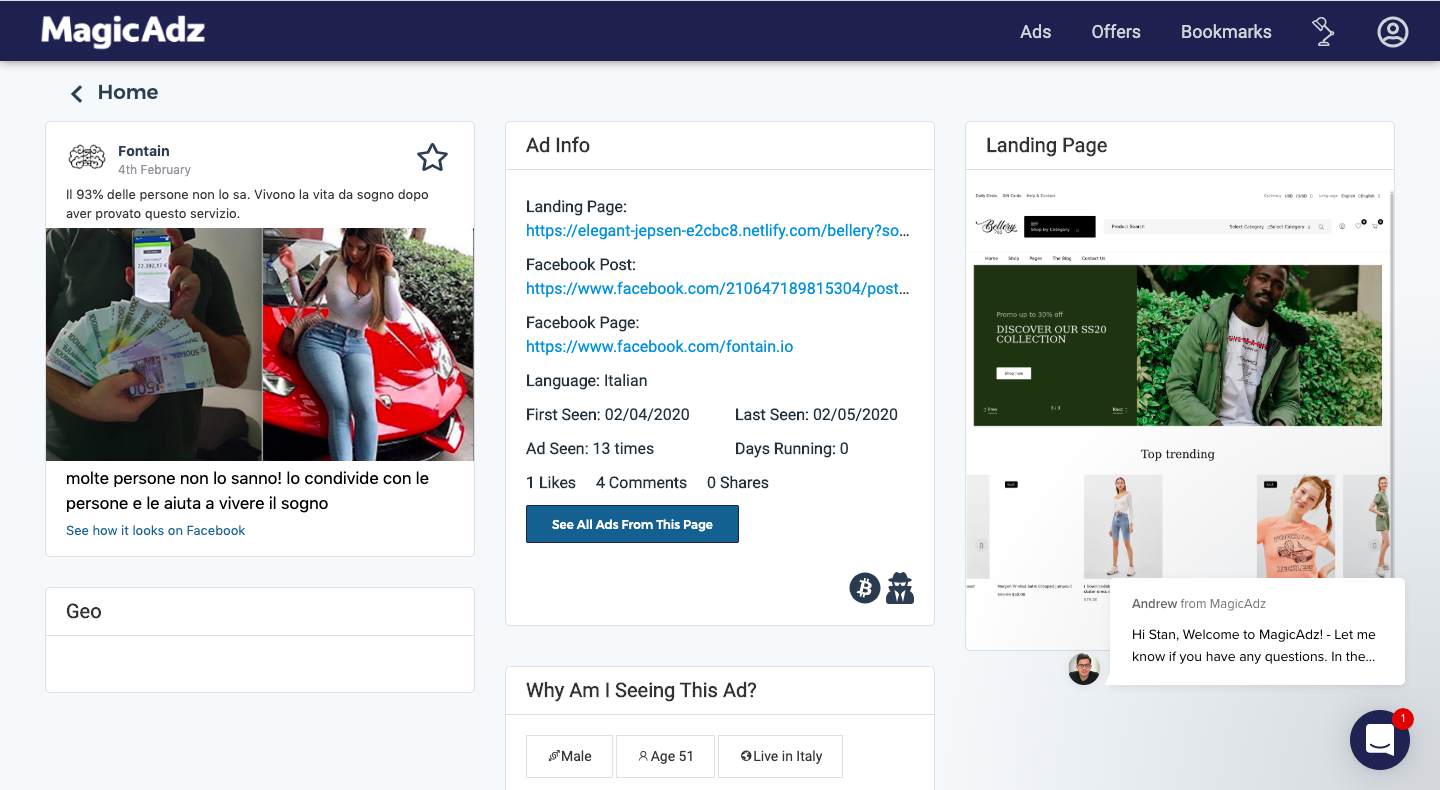 We also made the following creatives: 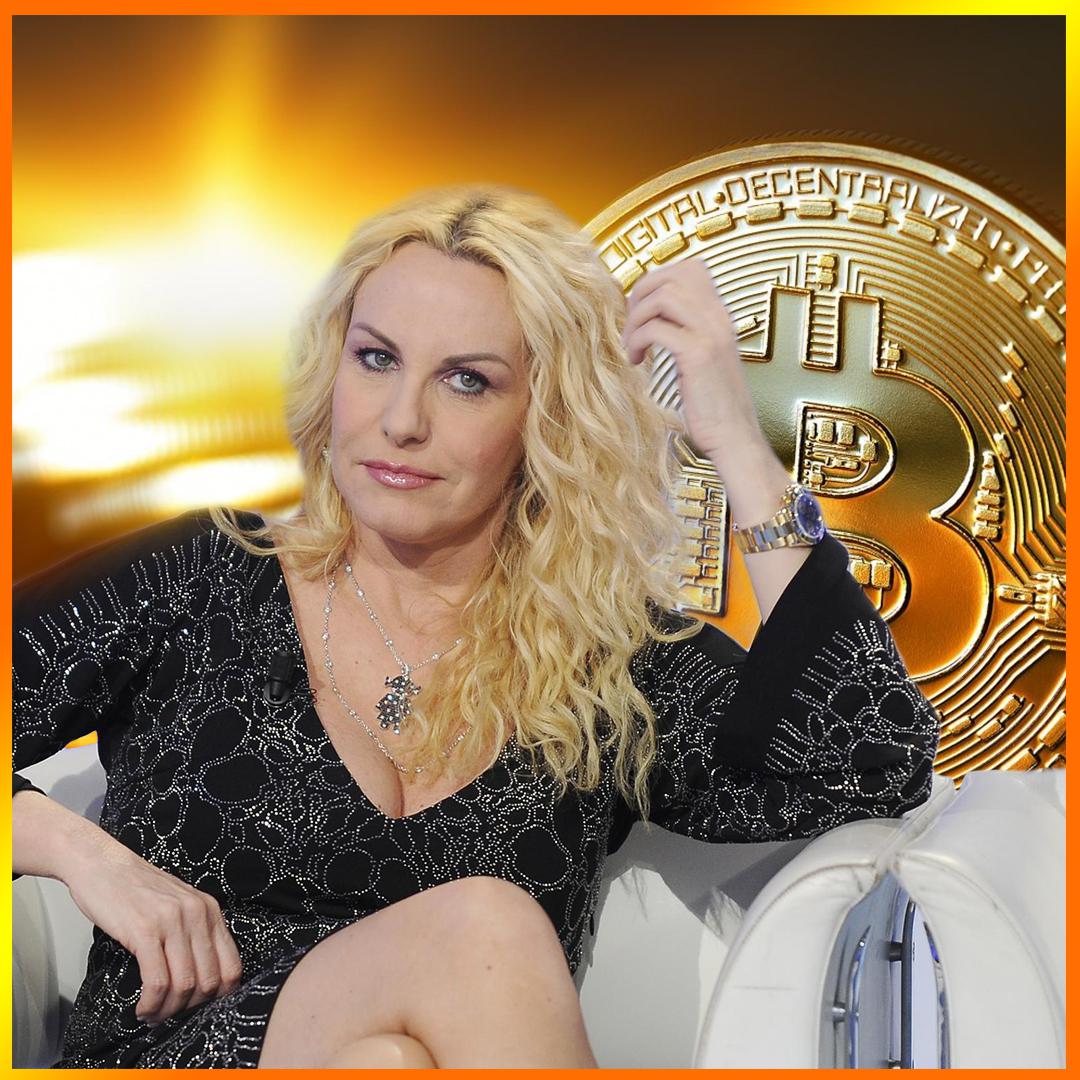 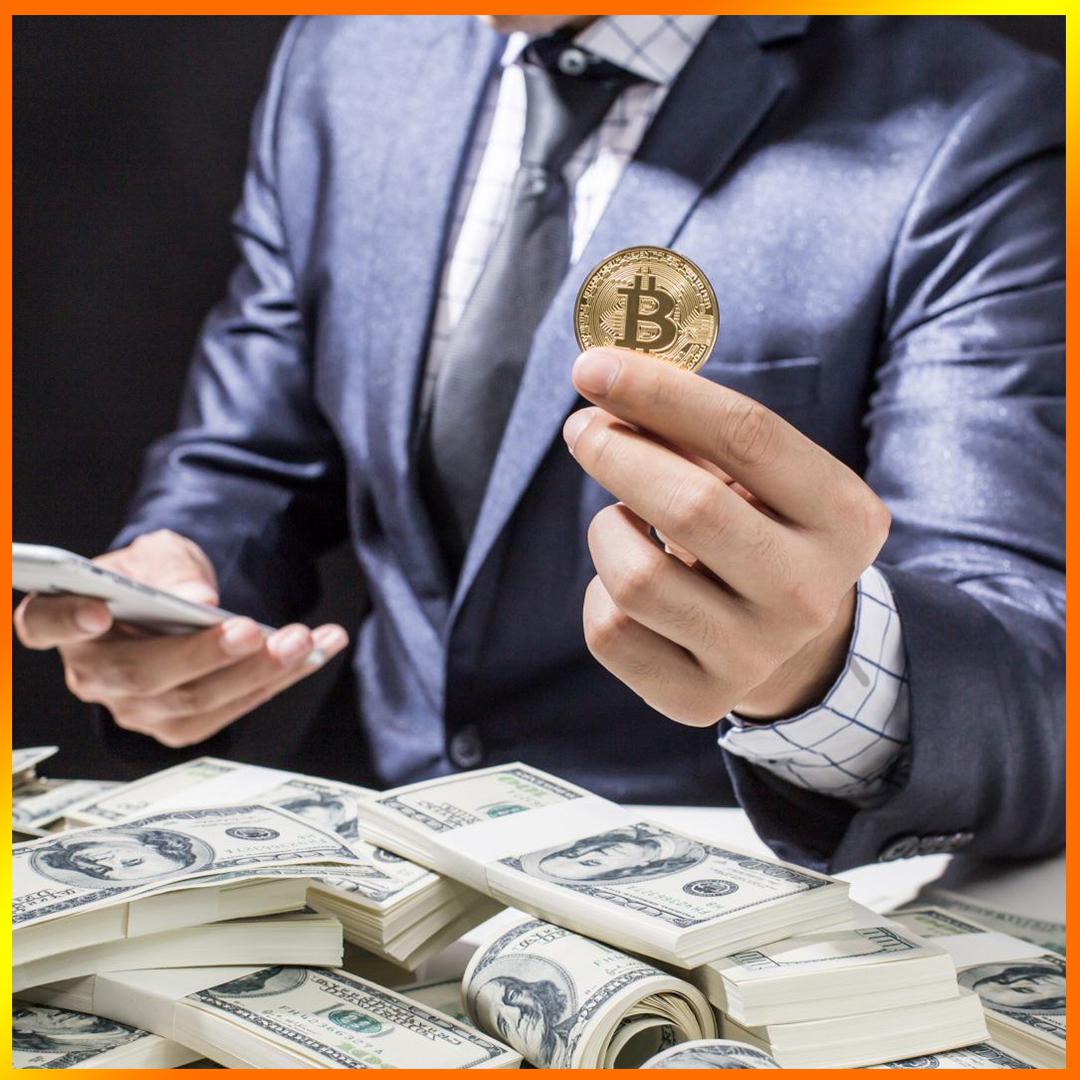 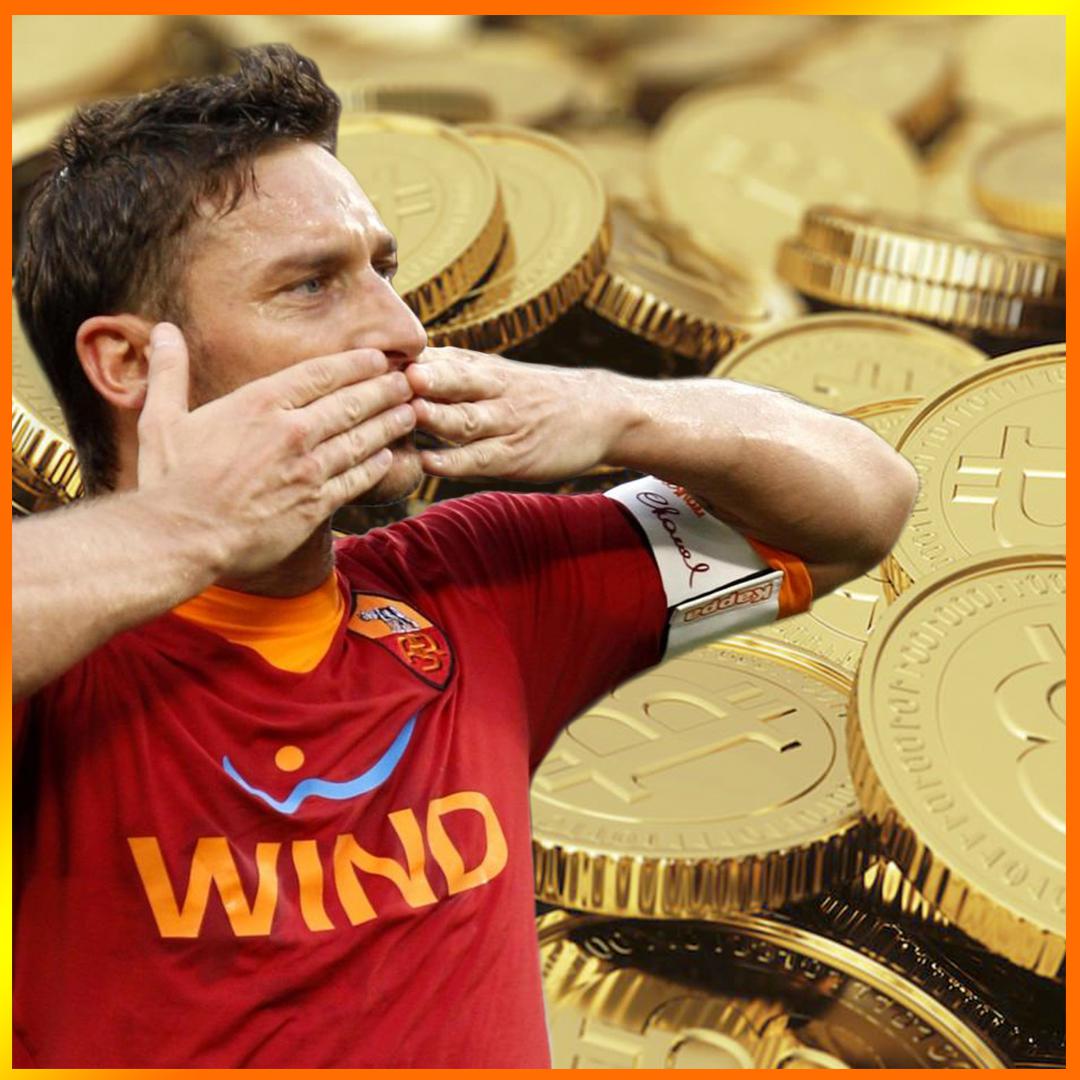 To ensure that these creatives perform well, I sent them to Bully. He rejected them and said that they would most likely be banned at the manual moderation stage. We fixed up the creatives based on these recommendations. The end result is given below: 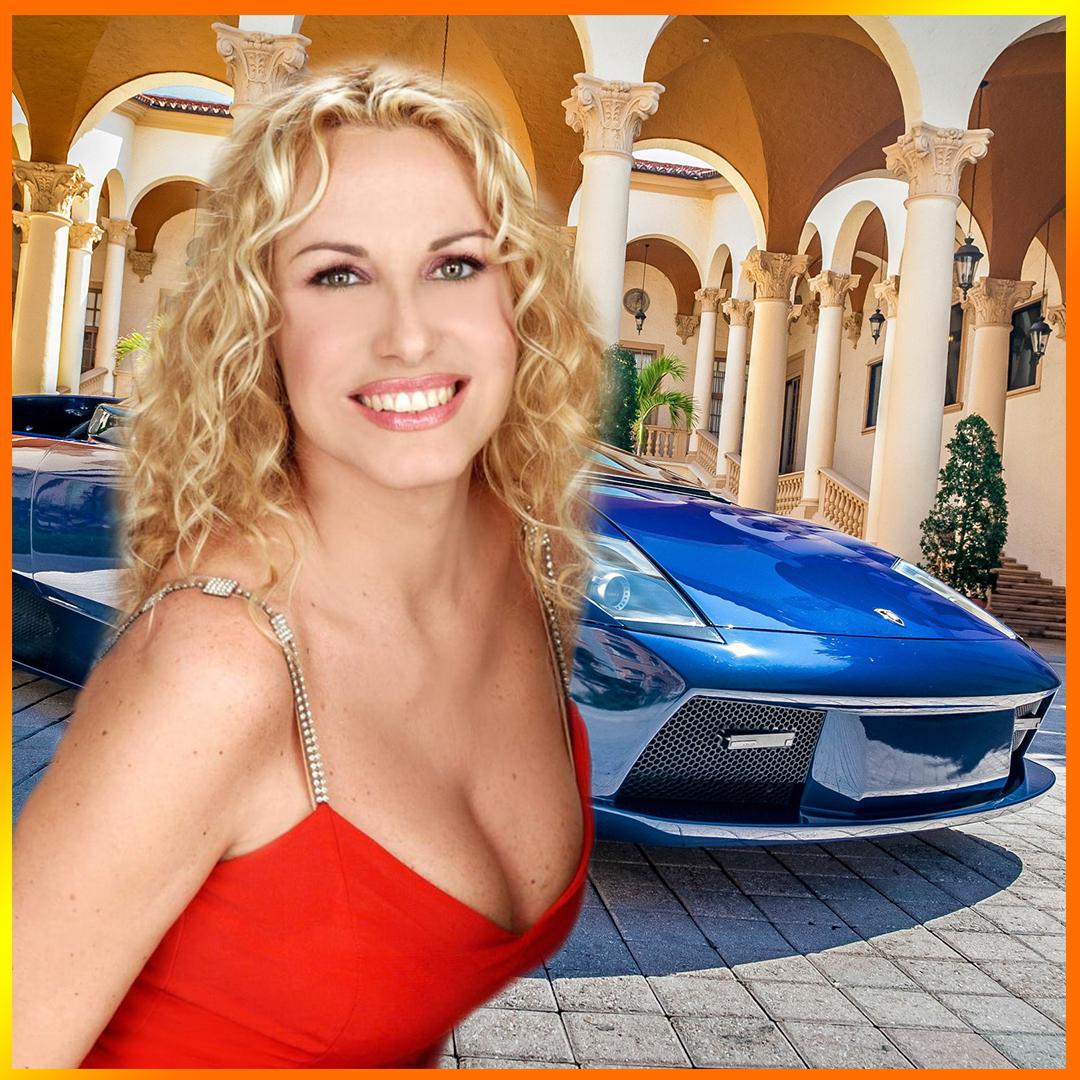 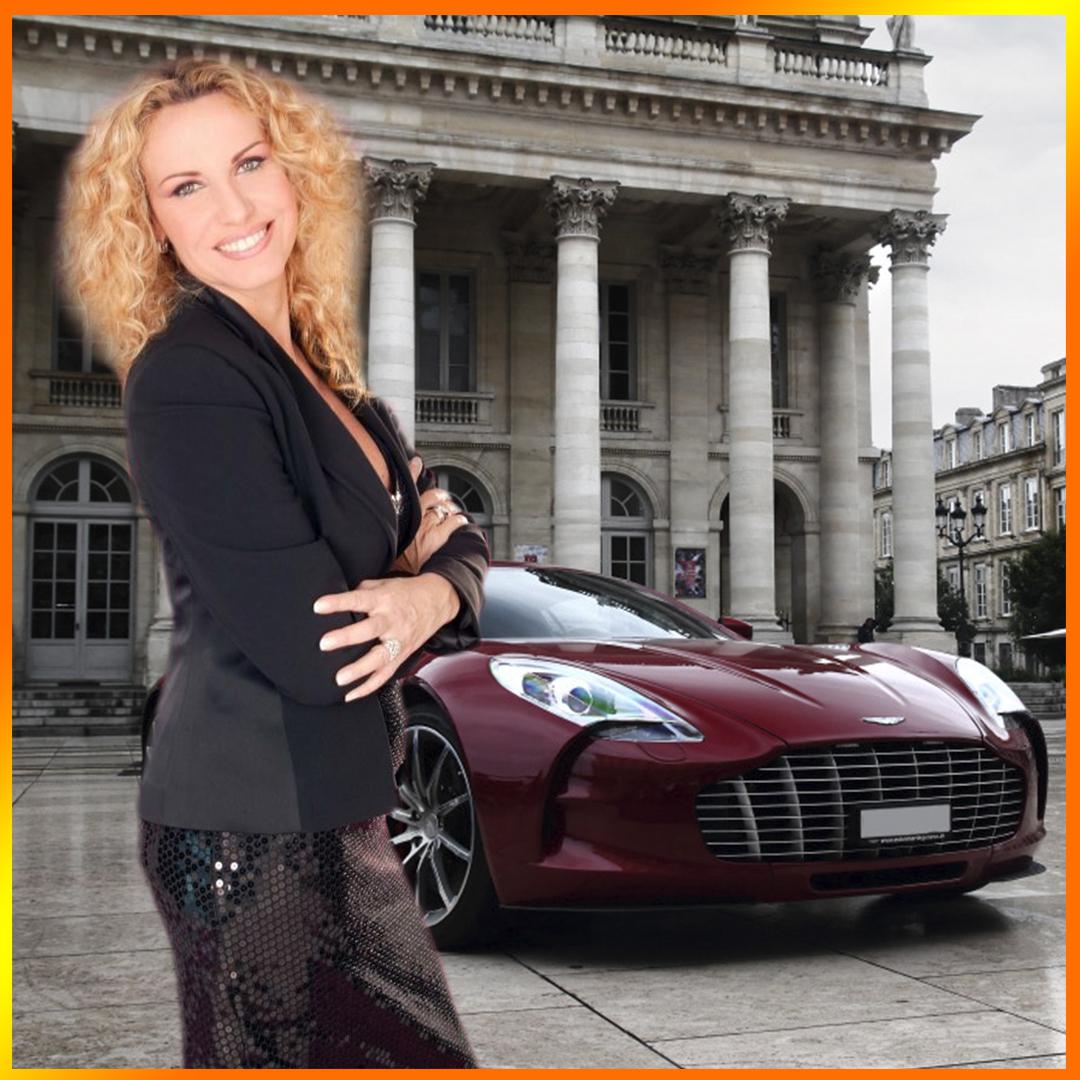 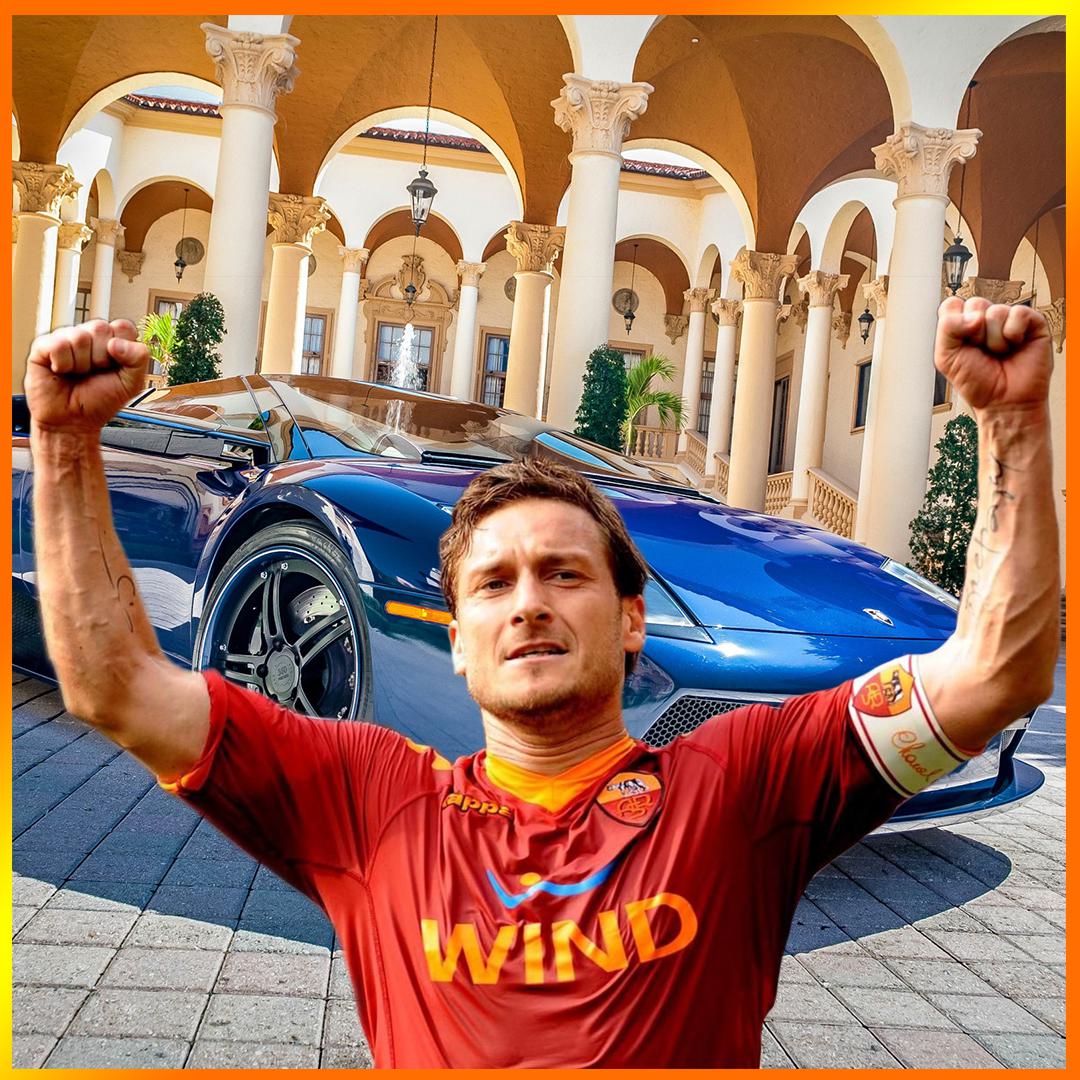 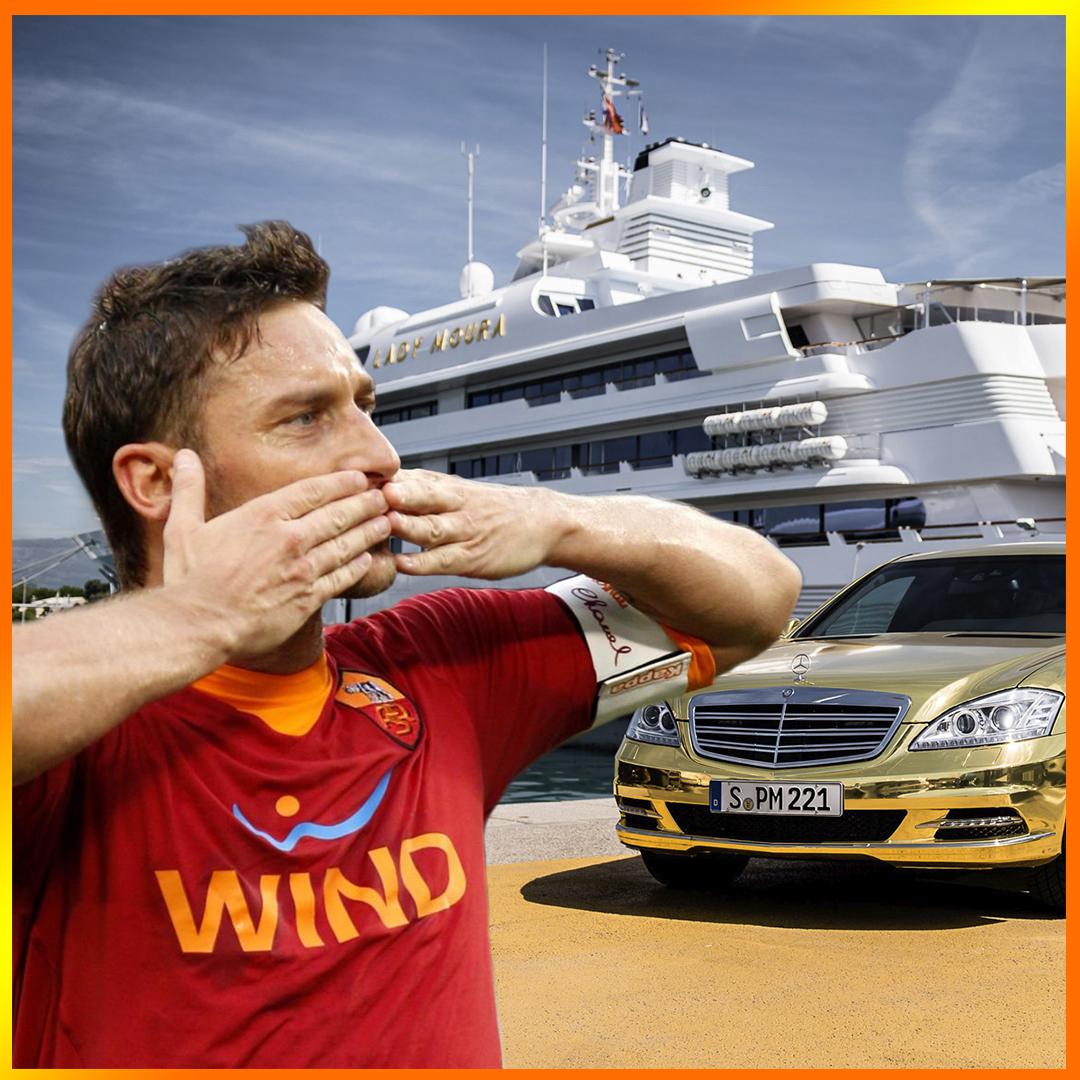 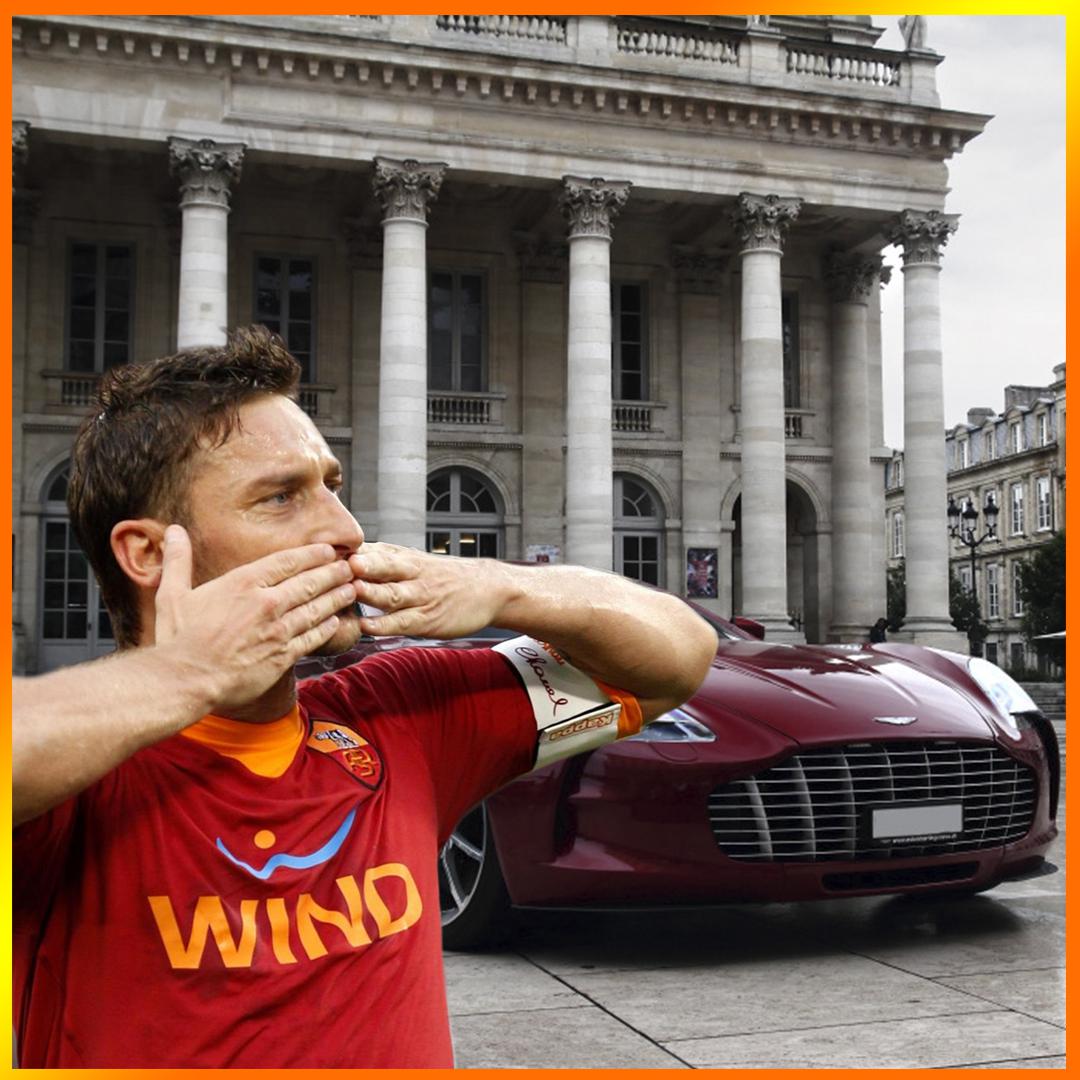 I borrowed the texts from MagicAdz, having decided that if they were running successfully, at least they didn’t have any trigger words that would get them banned.

So, that’s it about the preparatory stage, landing pages, and creatives. I am now ready to launch my first campaigns.

The next episode will deal with campaign management and my first results.

As we are running traffic from Facebook to a challenging vertical, we don’t expect easy profit. After we gather campaign data, we will be able to describe the launch and management process in more detail. That’s it for today, then. If you have any questions left, you can always contact me, Bully, or LadyV.

Don’t hesitate to write and ask your questions, guys from Media500 are super friendly and responsive and they will be eager to help if you come across some problems with their offers.