Hello there! It’s my first column on ZorbasMedia, and so I would like to introduce myself.

My name is Andrey Rumyantsev. I’m 36 years old and I come from Minsk, Belarus. I have been involved in mobile traffic and mobile content monetization for 13 years already.

The projects that I built or helped to develop have gone global and involved various traffic monetization models and mobile payment systems. My international experience enabled me to develop a deeper understanding of global mobile development trends.

It’s always a pleasure to share knowledge and some insider tips with people. An invitation to become a ZorbasMedia columnist has encouraged me to keep on writing my posts.

Two years ago my company (ABC Mobile) experimented with content and payment types a lot, which resulted in us developing a new mobile service that is monetized through paid calls.

Today, I’d like to share with you a story about how we came up with this payment method. Many of us will make a lot of money on it in the nearest future.

Introduction: from idea to technology

I have been thinking about making money on paid astrology calls for more than 10 years. Initially, I was drawn to the esoteric domain by sheer numbers: $30 million in the annual market volume and a sustainable growth rate. It’s definitely worth following this money. Not only numerologists see some special meaning behind these numbers.

But how could I make this figure?

All the solutions I came up with seemed limited. Such businesses have always been based on call centers where agents talked with users trying to prolong the conversation as much as possible. How many phone calls per hour can one agent process? In the best-case scenario, up to 10. Let’s say it’s 80 calls a day, but it’s also a very optimistic forecast, as an agent must express some true-to-life emotions and maintain a lively conversation to retain the customer. It also takes some time to move from one client to another.

Then, consider language barriers. I have always been focusing on running an international business, I have always thought globally and wanted my company to support various languages. At the call center level, it can be so difficult and labor-intensive to implement that I haven’t even considered that option.

Time passed by. I still didn’t see any possible scenario to launch an IVR project. I put this idea on the back burner. One year turned into another

Meanwhile, Premium SMS were replaced by PIN submits. That was reasonable, as people already had negative associations with paid SMS, while mobile services were getting more toxic.

Then, PIN submits burnt out just like paid SMS and were evolutionarily replaced by WAPclick.

It was WAPclick that raised mobile fraud to unspeakable and previously unreachable heights. Now a user didn’t need to perform an action to subscribe to some service, as their Android smartphone was actively helping them in the background. Frames, clickjacking, geo cloaking, and zero-click.

That had naturally led to tougher market regulations, and this mobile payment technology was even barred from a number of European countries. Other states also imposed certain limitations and interfaces that made the subscription process much more complicated.

Ten years of aggressive monetization have significantly damaged the mobile content market on the global level. Mobile carriers are constantly looking for new ways to monetize VAS services, as stakeholders want more money. However, all the attempts to earn this money have only led to considerable losses at every level of the business. Volumes of WebView traffic are way too high, while 10% of complaints have long become a market norm when it comes to mobile content.

I didn’t have any botnets for traffic monetization and neither did I want to work with bots. I was looking for a way to monetize the audience of quality traffic sources such as Google, Facebook, AdMob, and Instagram.

Without having any clear goal in mind, we started testing out the hypothesis regarding making money on paid calls. We decided to give up on a call center and opted for complete automation and replaced agents with recordings. This proved to be the right decision: no call center will be able to process thousands of calls online.

This is how we created a new type of mobile offers, Click2Call, while searching for new sources of mobile traffic monetization in ABC Mobile. This was a year and a half ago. Today, it’s a tried-and-true solution that has started to go global.

A typical billing method: charging by time (per second or per minute).

The user clicks on an ad banner and starts interacting with a service. Then, they get interested and make a paid call. Having called the paid number, the user will listen to a recording specifying the service cost and terms of usage. If the user accepts the terms, they will start listening to paid content. The longer the user stays on the line, the more money we will get.

Click2Call is an absolutely new line of work, and so there are no authorities or indisputable leaders there apart from those who grew up with us. The fathomless sea of opportunities is open to all those who have some experience in working with traffic.

Actually, it’s rather surprising that phone calls have become a promising payment technology on the mobile Internet. Can it grow into something bigger? What payment methods will be on the rise next year?

We will cover these issues in the next article that will be published in December. Subscribe to ZorbasMedia not to miss out on my new article. 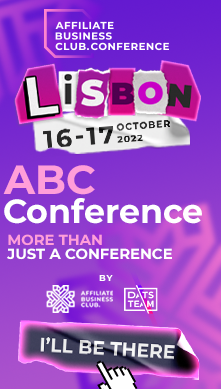 Mobile Content Market in CIS Countries and Beyond: How to Pick Up the Right Offer for Your Affiliate Marketing Campaign