Disclaimer: The case was written by one of the MyLead  publishers who wished to remain anonymous, if you want to know the details, please contact MyLead support, they will definitely help you.

Dating vertical is always a good idea to try. But it’s not that easy to promote dating offers since many perceive it as a controversial topic. This is mainly why I decided to try myself out and do a little experiment which I’d describe in the following case study.

GEO: US, Canada, the UK, and some other Tier 1 countries

I decided to use Google Ads as the main source of traffic. But since I know there are many advertising restrictions I wanted to make sure everything is going to be okay. Dating is a bit slippery subject when it comes to advertising, but this is what I found out:

There are also many policies that you have to follow and one of them concerns adult-related content.

Dating & Referred to sex Ads are in the standard sensitive category, so I decided to try it anyway but had to make sure they’re not very defiant. I also read that it is better when you avoid redirecting your customers to the affiliate program directly, it is better to try any prelander or something like that. And this is what I did.

What did I do?

Firstly, I created a landing page. It was easy to make a one-pager using a free WordPress template. I placed there a simple comparison of the best dating networks or at least the ones I wanted to promote. I sorted them according to the rates. I wanted the most profitable ones to be on the top of the list.

As you’ve read before, I was promoting MyLead campaigns. Choosing the campaigns, I had to make sure they’re properly chosen for the GEO and that they allow PPC. I wanted the offers to be profitable, so I finally ended up with 6 programs: 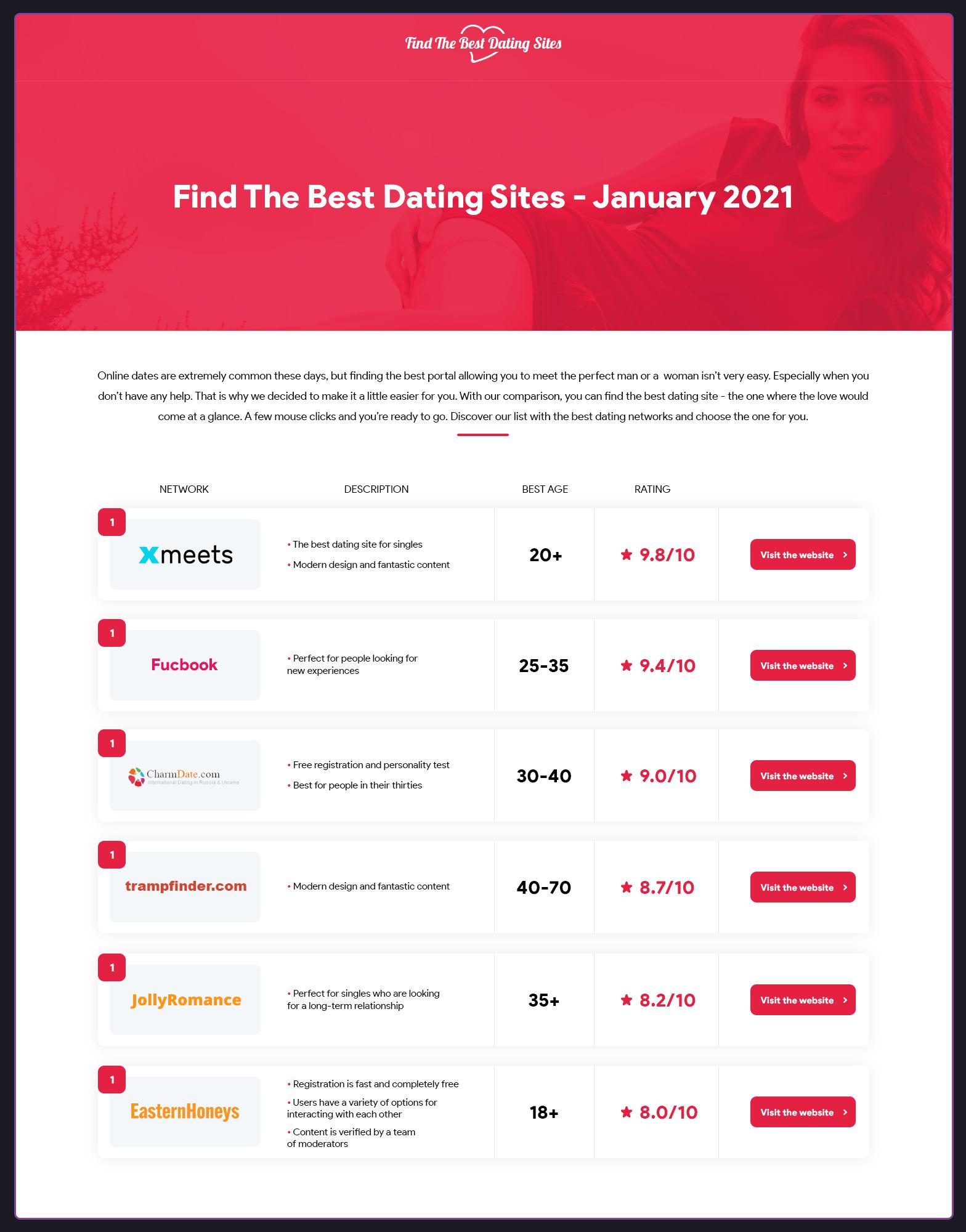 As you can see, the landing page doesn’t contain any inappropriate content or nudity. Everything is legit. I also prepared an ad copy to place it on the page.

I decided to prepare display and search ads as I’m not really into video content. I also wanted them to be quite nice and polite not to violate Google policy. Here are the banners that I made:

And then I configured my Google Ads campaigns. I wanted to spend about $500 on advertising but since dating is not a very common thing to promote and may be a little tricky, CPC may be a bit higher when you compare it to e-commerce, for instance. That’s why I focused on targeting because I assumed my campaigns would last about two weeks, and then I’d decide if I wanted to continue that.

As I said there were two groups I wanted to reach — both of them were men, but I divided them into age groups to optimize the costs and have better control over ads. I also wanted to see clearly which group is more profitable. The first group consisted of younger men, who were less than 30 years old, and the second one consisted of older (mainly 30–45) men. You have to remember that age is not very significant here, but the older the customer, the higher the chance they will convert as they’re more likely to pay for the offered services. That is why I split the advertising expenses and more of the budget was spent on the older audience.

I wanted my campaign to be run in Tier 1 countries (Canada, UK, US, and others). That allowed me to get higher rates and in the aftermath earn more.

I wanted the search Ads to display when looking for: dating, dating sites, dating network, online dates, etc. The CPC for these keywords was about USD 1.31–4.48 (about  USD 2.89 on average). 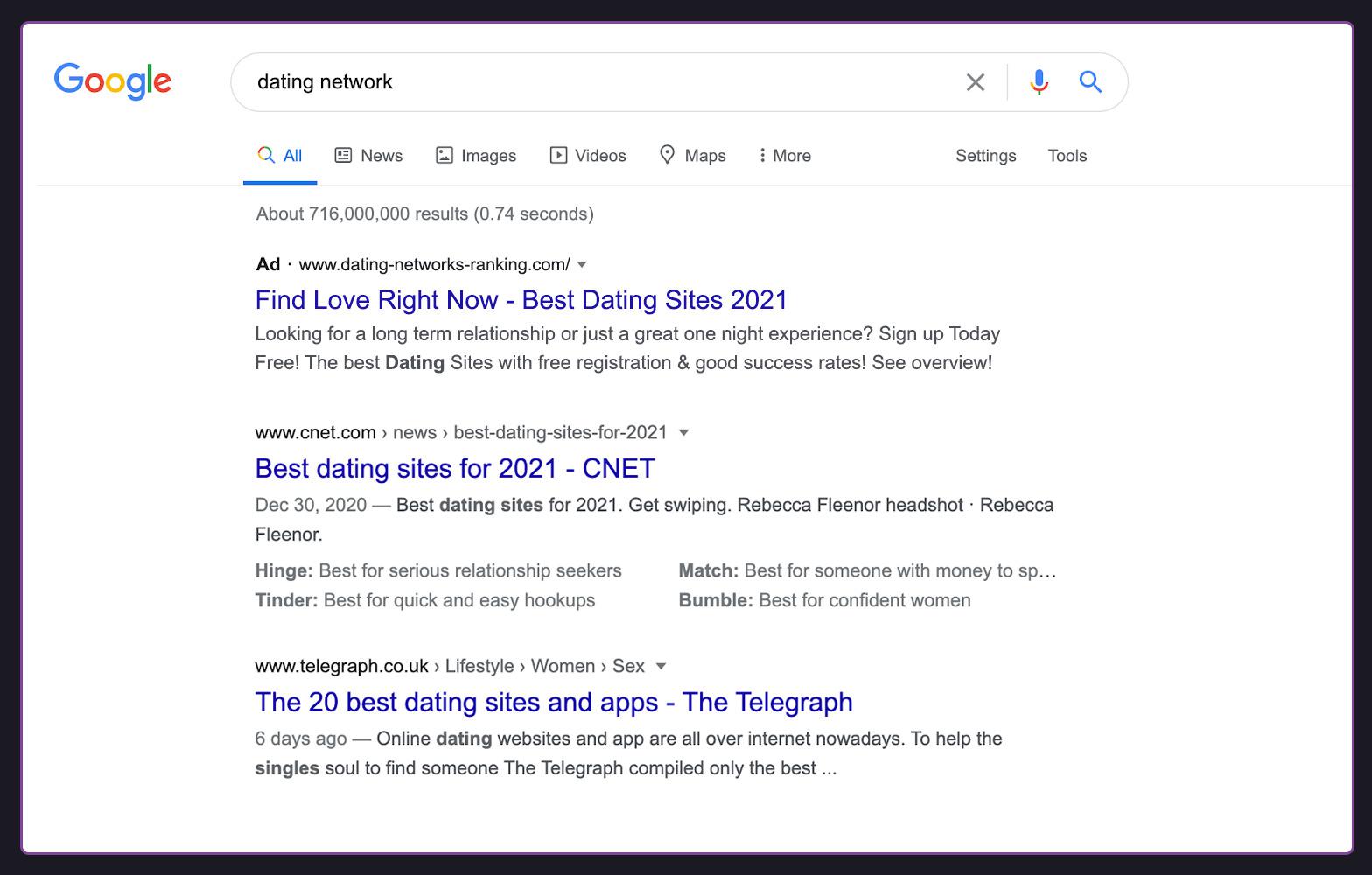 I have to add that I also had some problems while promoting these campaigns. There were some leads I couldn’t monetize. It’s, of course, the nature of CPS but for me, it was very inconvenient because some of the accounts didn’t provide me with any profit. Another thing is that I had to spend some time choosing programs. There are many advertisers who don’t want their services to be promoted in the above-described method. This is why the preparations took a little longer than I wanted.

During 2 weeks, I earned $943.85, which gave me $443.85 after deduction of the ad costs. The conversion rate was quite high (a little above 19%), but I think it’s because of the social moods and an increase in the feeling of loneliness in society caused by the pandemic. The dating vertical is extremely popular nowadays so it’s probably the reason why.