How To Create An Effective YouTube Ad: Useful Tips and Tricks

Take a look at the comments for that video. This is an ad for a video game. It’s an ad that doesn’t hide how the gameplay actually looks, how the game works, it even makes fun of its own developers. 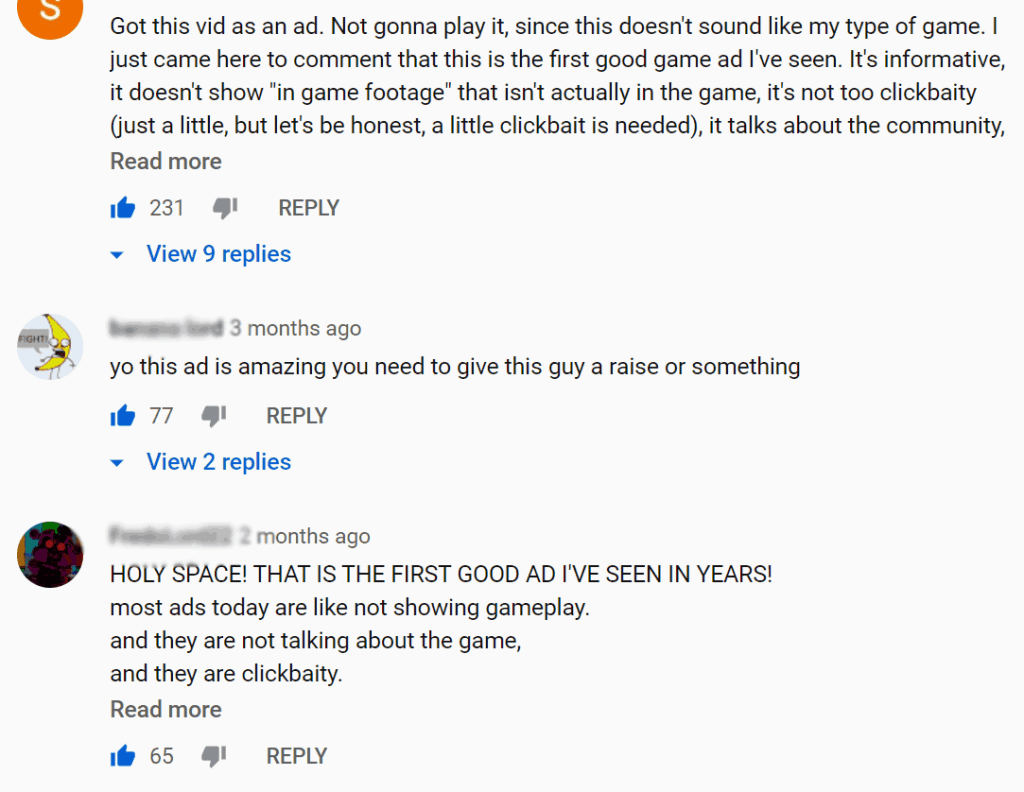 As you can see from the comments, people actually like it and are saying it’s the best ad that they have seen in years.

That ad is a great example of how you should create an ad video with the sole purpose of publishing it on YouTube. It is also created for people that love strategy video games. So, an actual audience for their product.

This awesome video ad is also created with the idea that not everyone will watch it completely. Many people will skip it after 5 or 10 seconds.

Therefore, you have to make sure that viewers will form a good idea about what your product is about, in that short time. You have to attract people’s attention.

That is not all. Most people will play an ad with no audio, especially on their phones. So, your video needs to have a caption that will show your message to the people in those 5 to 10 seconds. Your copywriting has to be short, concrete and to a point.

In this video, in only 6 seconds they ask a question and answer it. What type of game this it? Then you get an explanation. So, if you’re a gamer, therefore a potential customer, your attention is immediately picked. In just a few words they told you what kind of game they created.

So, what can you learn from this example?

To summarize: Create a video ad that will have a clear message (visual not just audio) about your product in first 5-9 seconds, constantly keep people’s attention, video has to be appropriate for that social network, be honest about your product or the fact that it’s an ad and have a call of action.

The Right Amount Of Videos To Upload On YouTube Every Week

Road To First 1K YouTube Subscribers – 7 Steps To Achieve This

Quick Tips In Coming Up With Effective YouTube Video Angle