Fraudulent traffic in the first half of 2020 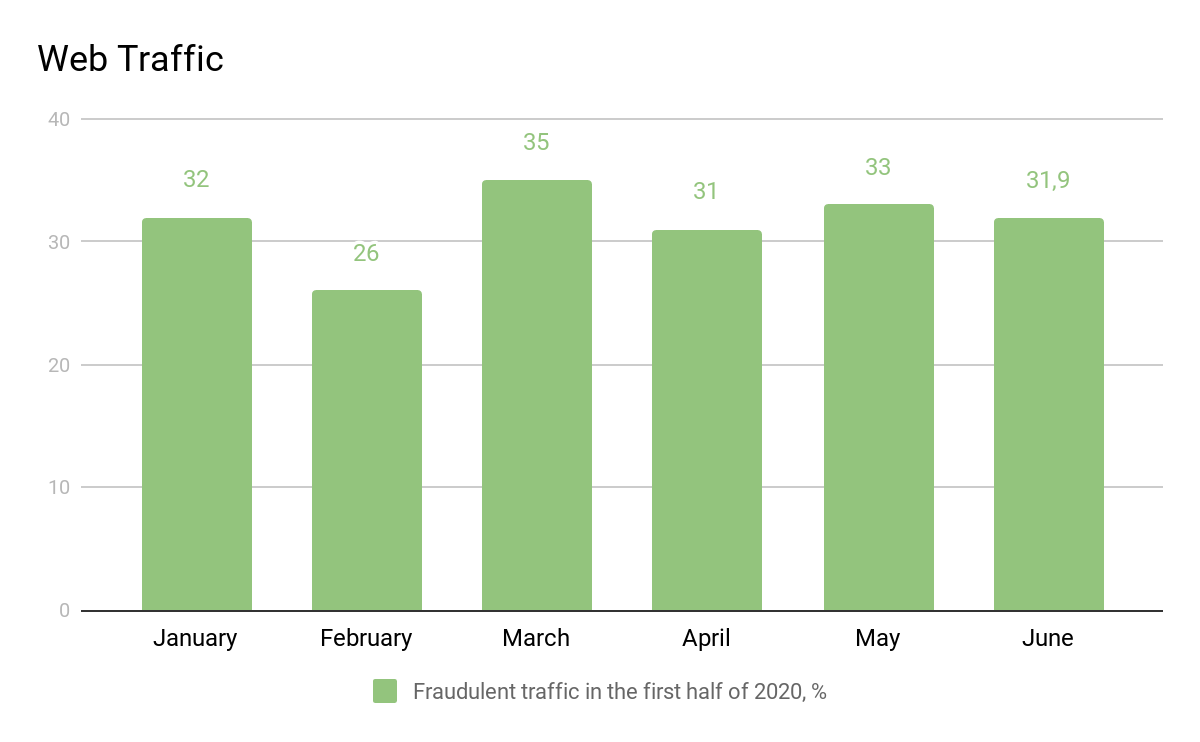 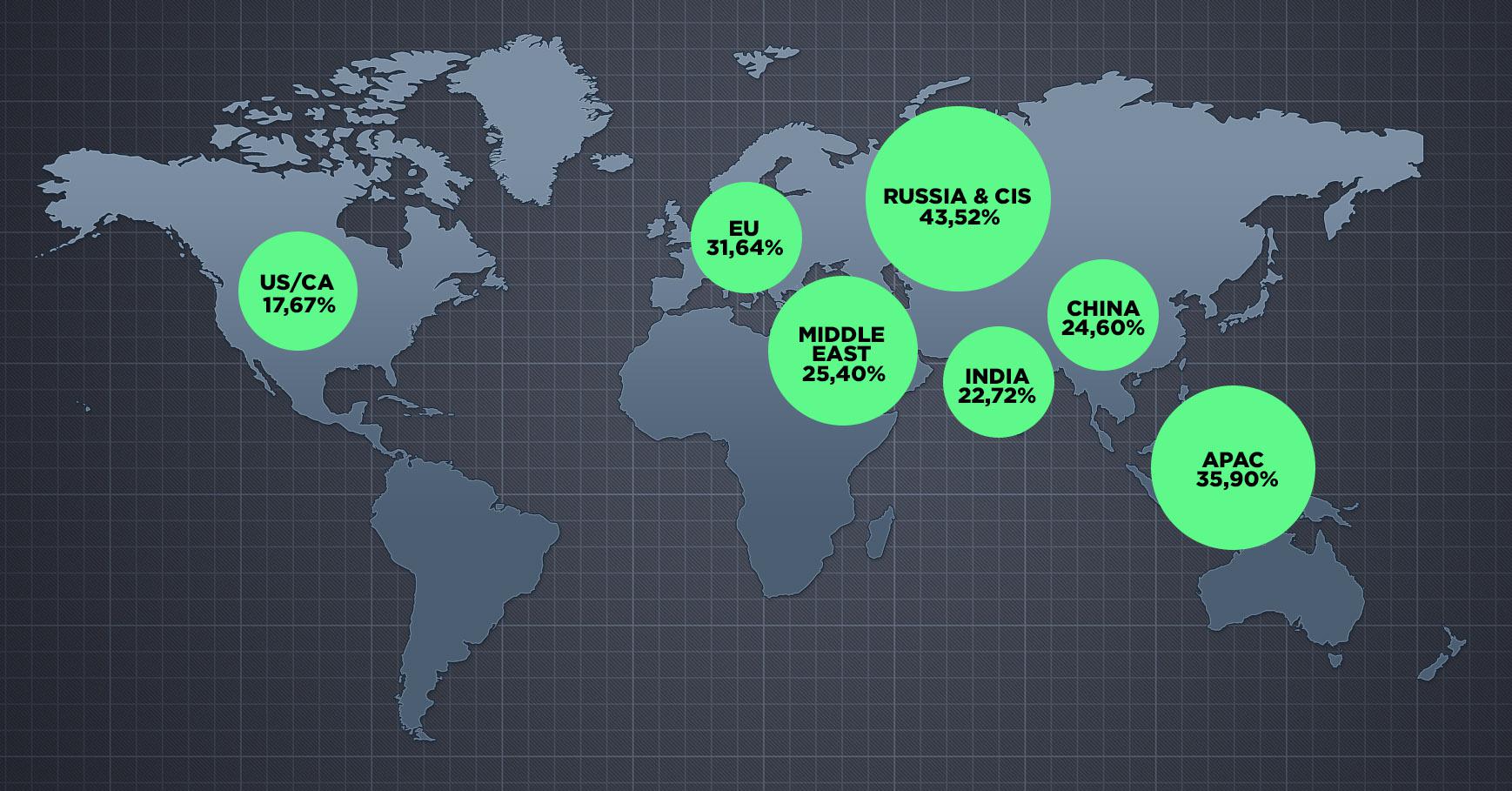 Proxy services have become widely popular among users all over the globe. Such services are used to get access to blocked resources, to be anonymous, to save traffic etc. Fraudsters are aware of that fact and turn their powers to use proxy as real users would do — they mimic almost every action that a real-life user does if he uses proxy.

Attribution fraud (click fraud) is one of the most popular ways to undermine campaigns. The reason is that it allows to steal real organic traffic — real users. Attribution fraud includes several different types:

IP-anomalies and Device fraud are usually a sign of artificial traffic made by bots (bot farms, botnets etc). Emulators and bots are popular among fraudsters as they can easily imitate an active user, interact with ads and apps, and generate large amounts of traffic. In general, such fraud types are detected when a suspicious amount of “users” from one ad are coming from the same IP subnet or even have the same device IDs.

FraudScore algorithms analyze 150+ metrics to deep dive into traffic and detect suspicious fraudulent schemes. That approach allows FraudScore to be efficient with well-known types of fraud as well as with the new emerging ones. So we can say that even sophisticated fraud types can be detected by the ultimate antifraud solutions as FraudScore. You can always read more about FraudScore fraud reasons approach in the Knowledge base. 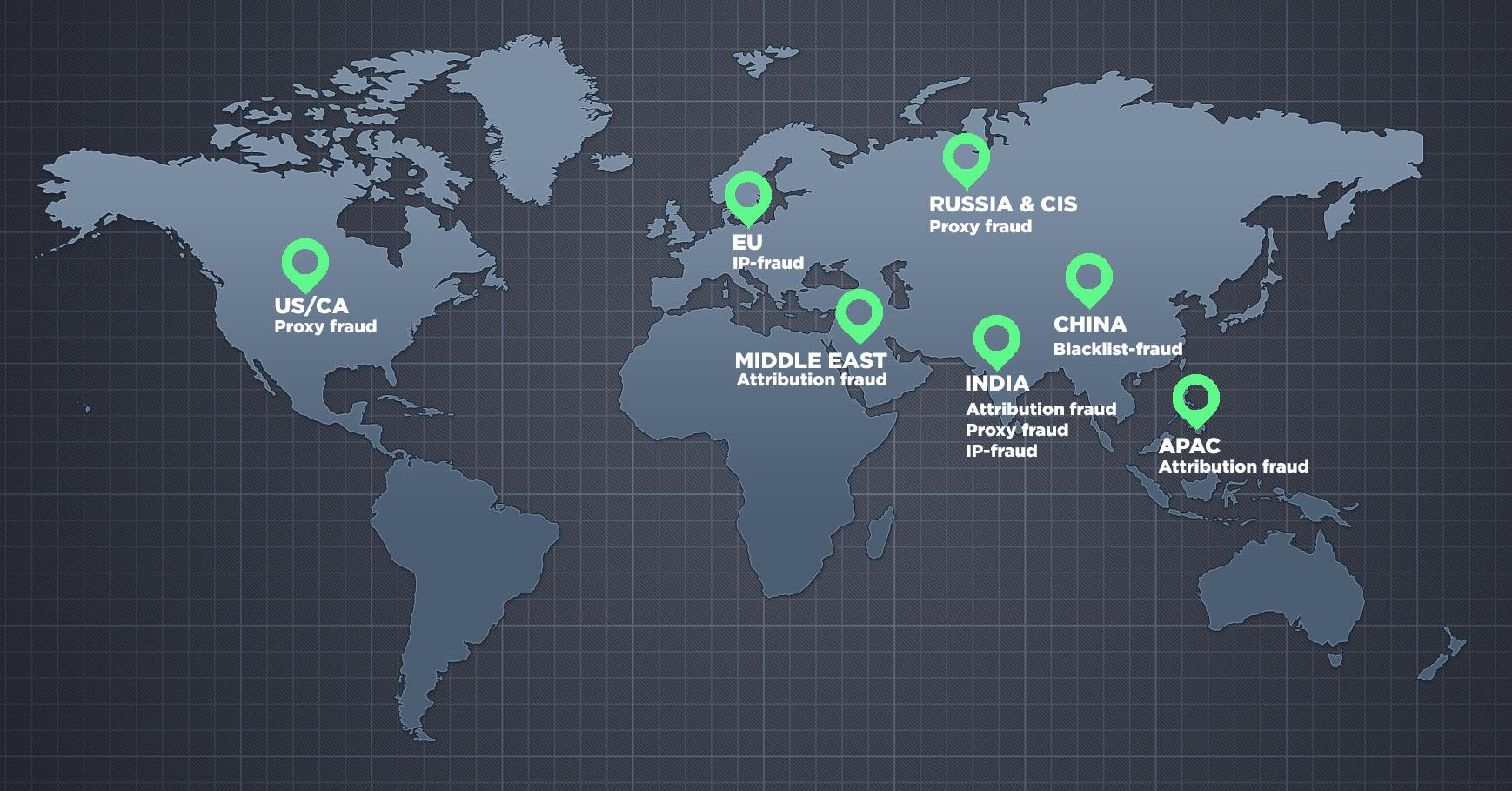 This is how the ad fraud landscape has been evolving recently. Hopefully, you haven’t suffered income-wise, but it is still worth always being on the lookout for new updates and tendencies. Thanks to guys from FraudScore for sharing their data and expertise with us.

Secret Black Friday Deals 2020 on ZorbasMedia You have probably been waiting for this day for the whole year. And finally, Black Friday with its awesome deals and huge discounts is here! We have gathered the best and most exclusive discounts and Black Friday deals so that you get real value for money and maximize your affiliate profits. Please be sure to […]
More... Romania. Detailed review Romania is the country which is situated in the Southern-Eastern part of Europe. Its population is about 19 millions of people. More than 2,1 million people live in its capital - Bucharest. In this article we are going to cover Romania's prospects for gambling and how affiliates can make money there
More...
Comments
No comments
Leave a comment