Home - Articles - Bias = the Good, the Bad, and the Ugly
Author: ZorbasMedia

Bias = the Good, the Bad, and the Ugly

Musashi Miyamoto, a famous Japanese philosopher and swordsman, once said: “Truth is not what you want it to be, it is what it is, and you must bend to its power or live a lie”. Whenever we deliberately or accidentally fail to accept some facts around us, the bias emerges and forces us to take a mental shortcut that sometimes results in less rational decisions.

However, just because bias is an incomplete depiction of reality, it does not automatically make it sinister. Alternatively, bias can be labelled as a shortcut which saves us time, efforts, and resources. For the science, which searches for universal truth, bias is a bad thing indeed, due to its subjectivity. Luckily, we are not scientists and are only interested in how the bias phenomenon can be turned into profit.

Why Bias Is Blessing and Curse

Truth be told, no single human being can view the world around them objectively, due to bounded rationality, psychological traumas, laziness, personal beliefs, and many other boring scientific reasons. What we need to know, however, is that every person is prone to bias to some degree. Sampling bias is a good example of failing to achieve objectivity. Any survey is just a tiny simplified model of how the bigger world works. By failing to capture as many social groups as possible in the survey, one inevitably gives way to bias. If you ask people on Steam if they like playing computer games, you limit your sampling to gamers, which in turn can provide you with wrong insights about the population as a whole.

On the other hand, when the matter at hand is not of high importance, taking a mental shortcut can save a lot of time. For example, instead of conducting a full-scale marketing research from scratch, customers prefer to stick to the already tried out companies in the past, which is another way of saying brands with solid business reputation.

Biases are many. Besides all the instances above, there are Anchoring, Sunk cost fallacy, Confirmation bias, Dunning-Kruger effect, Availability heuristic, Blind-spot bias, Choice-supportive bias, Clustering illusion, Conservatism bias, and some others. 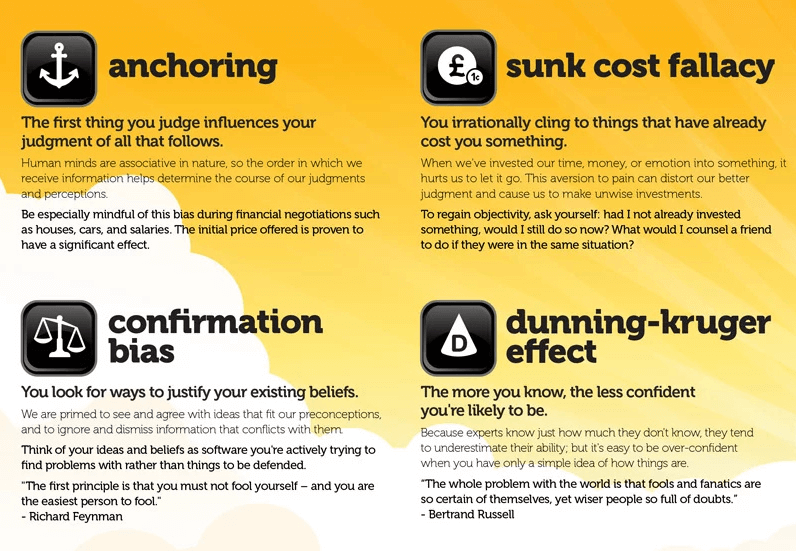 Acknowledging multiple kinds of bias is great, but how to put this knowledge into practice? Almost any bias can be turned to your advantage while planning a campaign. The bandwagon effect, for example, can easily be used to fill the feedback section of your landers. By making or earning 2-3 praising reviews first, you are more likely to get this snowball rolling in your favor. Why? Because of the so-called anchoring effect. This is the formal way of saying first impression matters. 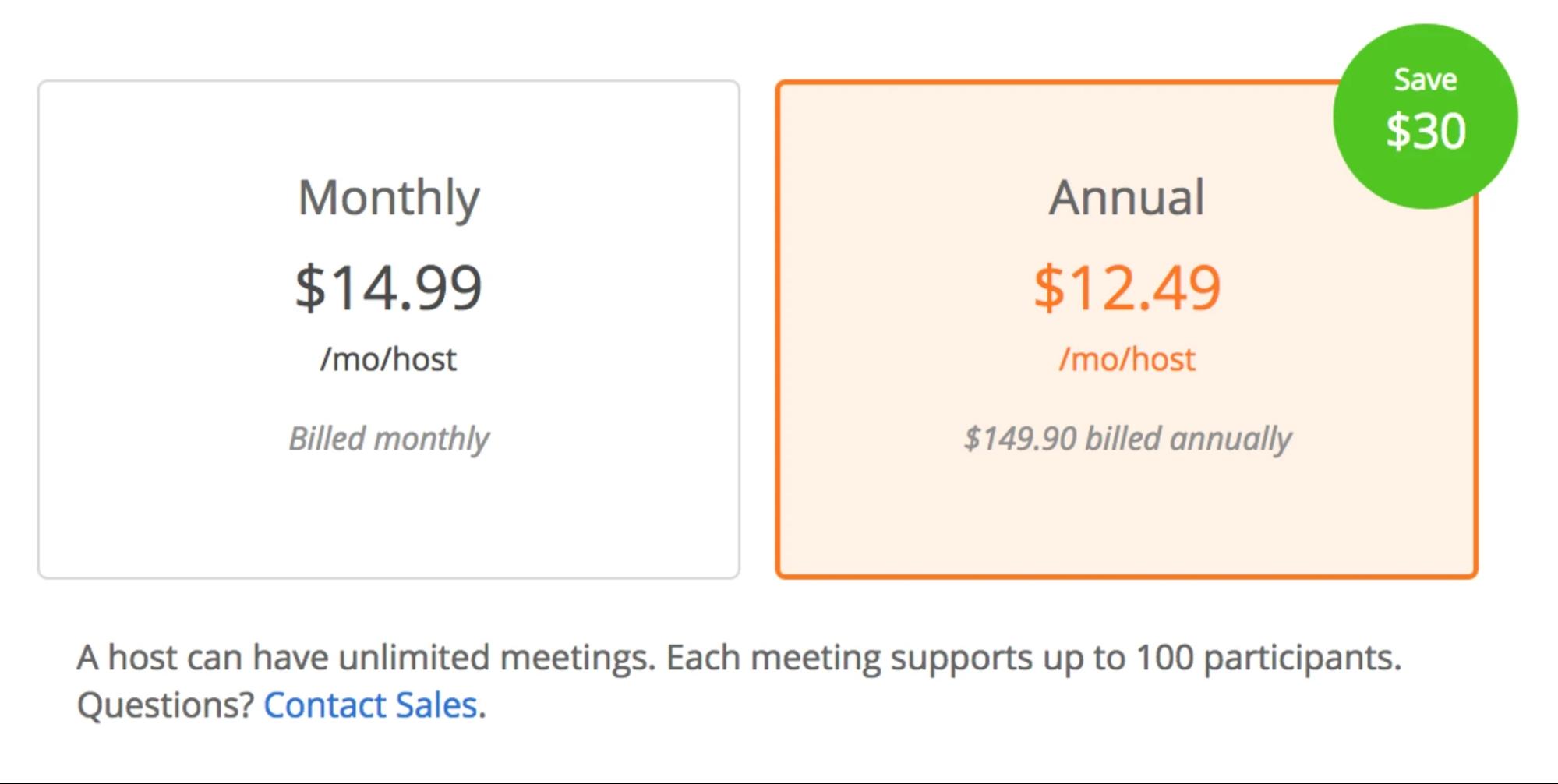 Besides following the crowd, people are also deeply affected by the starting point, which automatically becomes the reference point against which all the comparisons are made. For example, while searching for a new pair of shoes, the first sample is more than likely to be compared to all subsequent options. The human brain is very limited, especially when it comes to short-term memory. Therefore, people omit all the variants in-between and keep only the first and the last, which is also a bias in itself if we think about it.

You can either show the inferior option first, so the product you actually want to sell would look better in all aspects. Alternatively, put the main product upfront and let the customer gaze with awe upon the goods of one’s dreams. Yet be warned, that people will still go further, just to get an idea about the alternatives. There is a high chance they will come back to the first option, but no one can guarantee it. 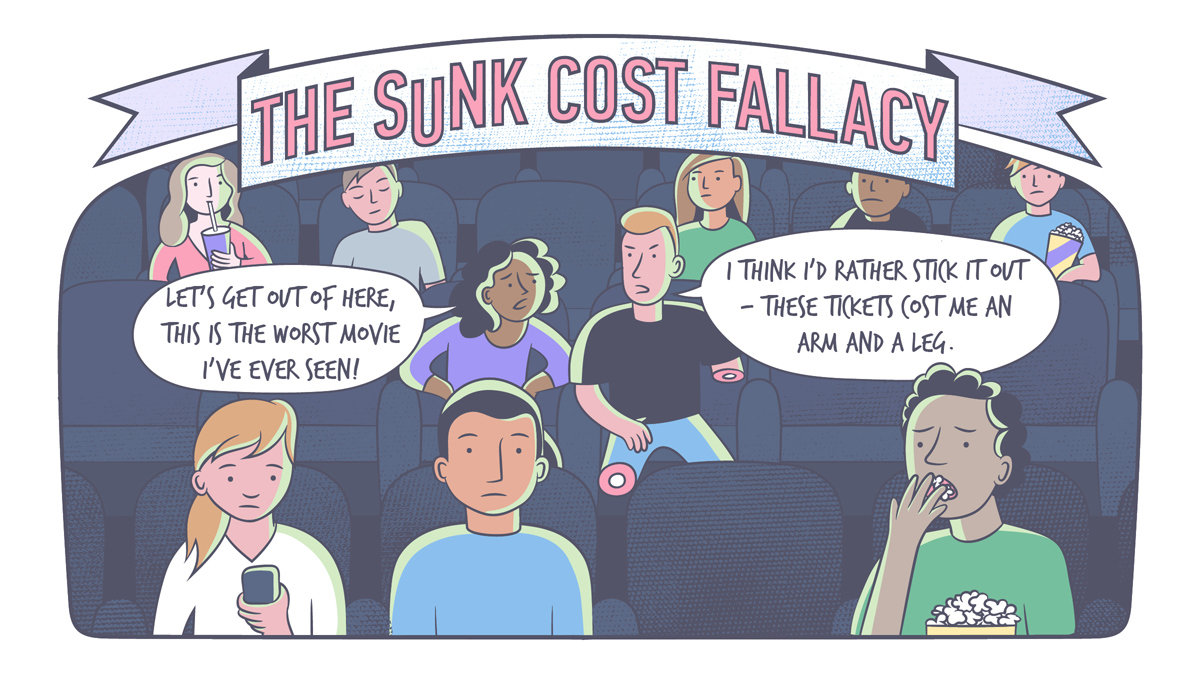 When it comes to sunk cost fallacy applied to affiliate marketing, it is more about time than money and the conversion flows with prolonged registration, something like Double Opt-In or Credit Card submit. By luring your leads into filling the first part of any form, you make them invest their time into completing your registration. Abandoning it halfway is akin to throwing the time they have already invested out of the window. Therefore, if you have to work with long registration forms, try not to scare the client off with the informational abundance and instead divide your form into subsections. 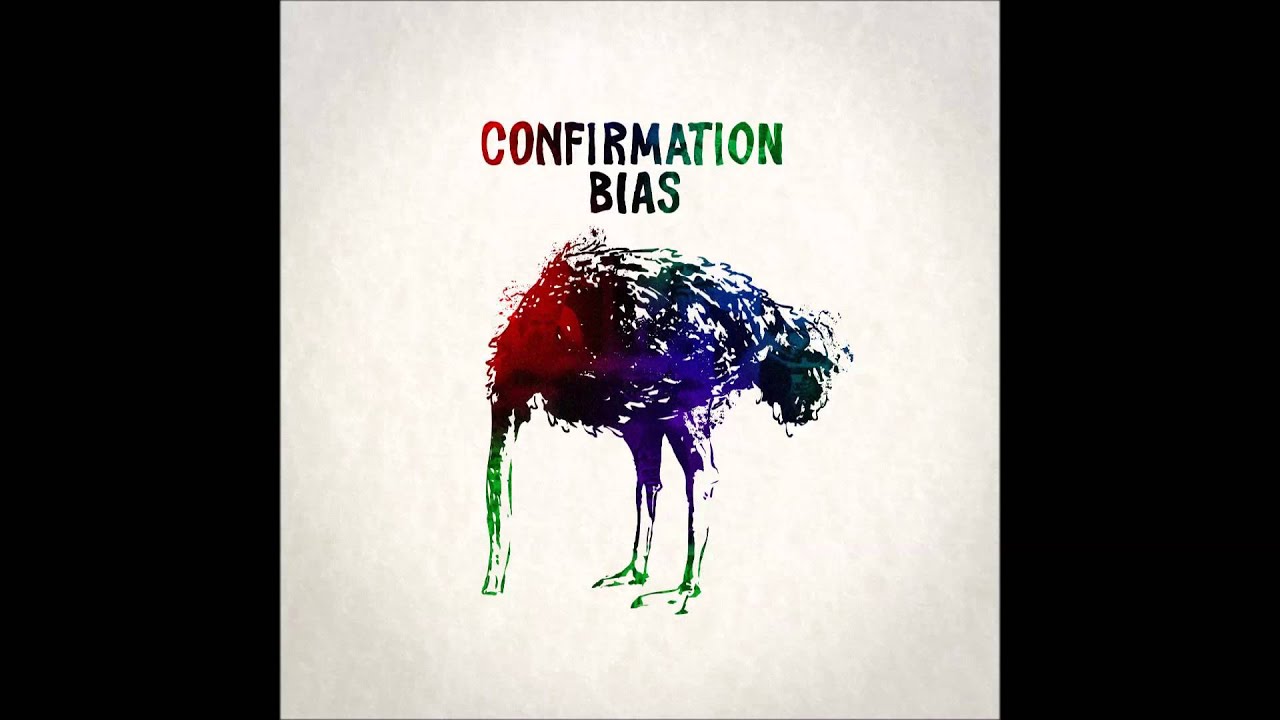 Confirmation bias might be a bit trickier to tackle. Any client is a person with their customs, habits, and beliefs. They might have gone as far as to conduct their marketing research and start questioning you about the product you sell. Specifically, they might look for the confirmation to the data they have collected so far. By framing phrases reassuringly, you raise your chances of hitting the conversion: “Yes, this model is no longer the newest one, but it is extremely reliable with the overwhelmingly positive reviews coming up to this day”. 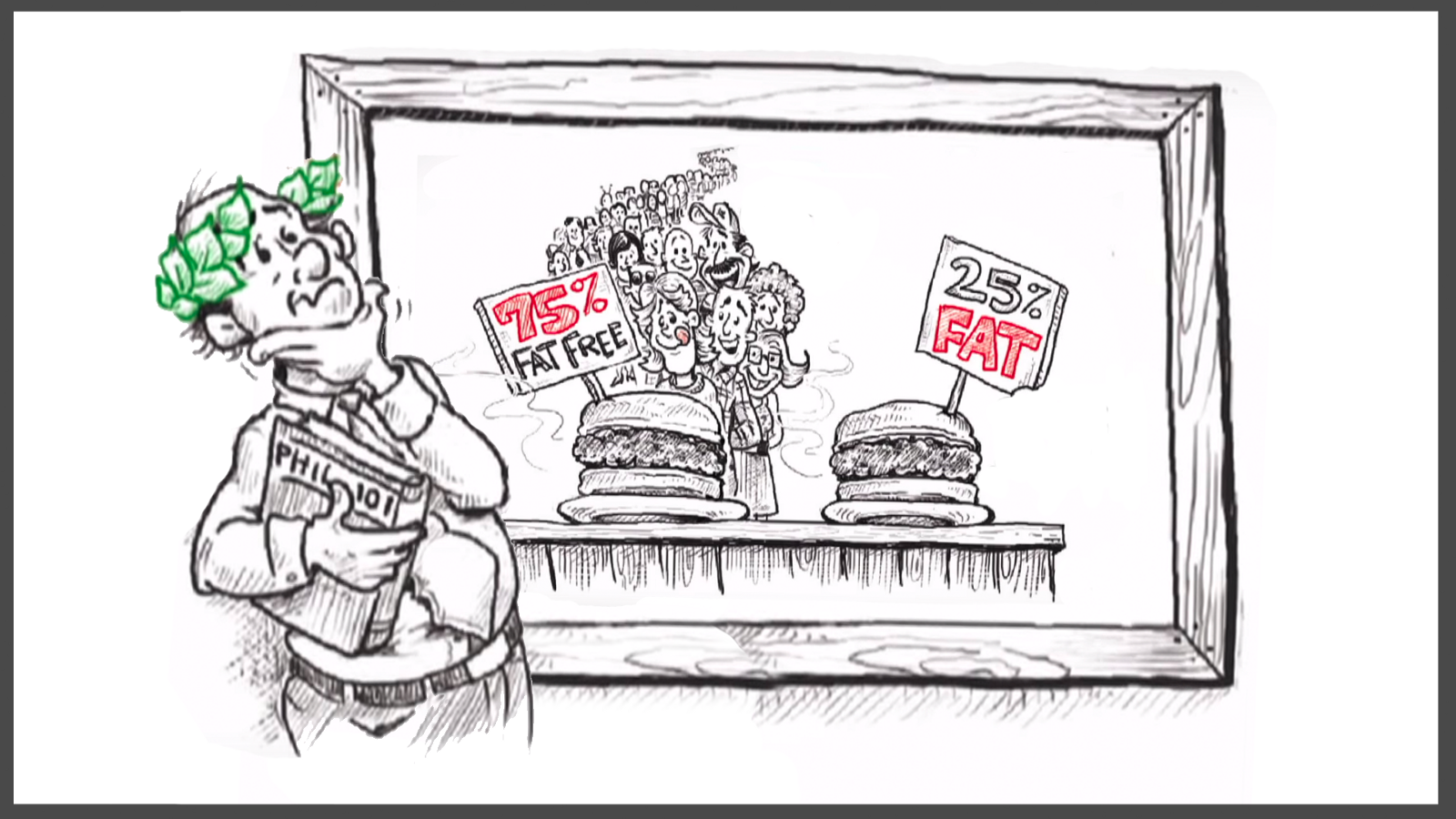 Framing is another bias in itself, because the way you pose a question or an answer one can either make it or break it. Antagonizing by answering with a blunt “no” is the road to ruin. On the other hand, visually agreeing with a customer, but staying true to yourself and your goals is the best way to humble the pride of your client, soften him, and then persuade into making a purchase. “This dress (from our competitors) fits you so nicely, better than those 5 women I have seen in it before. Perhaps you would be interested in a unique model we have prepared just for you?” 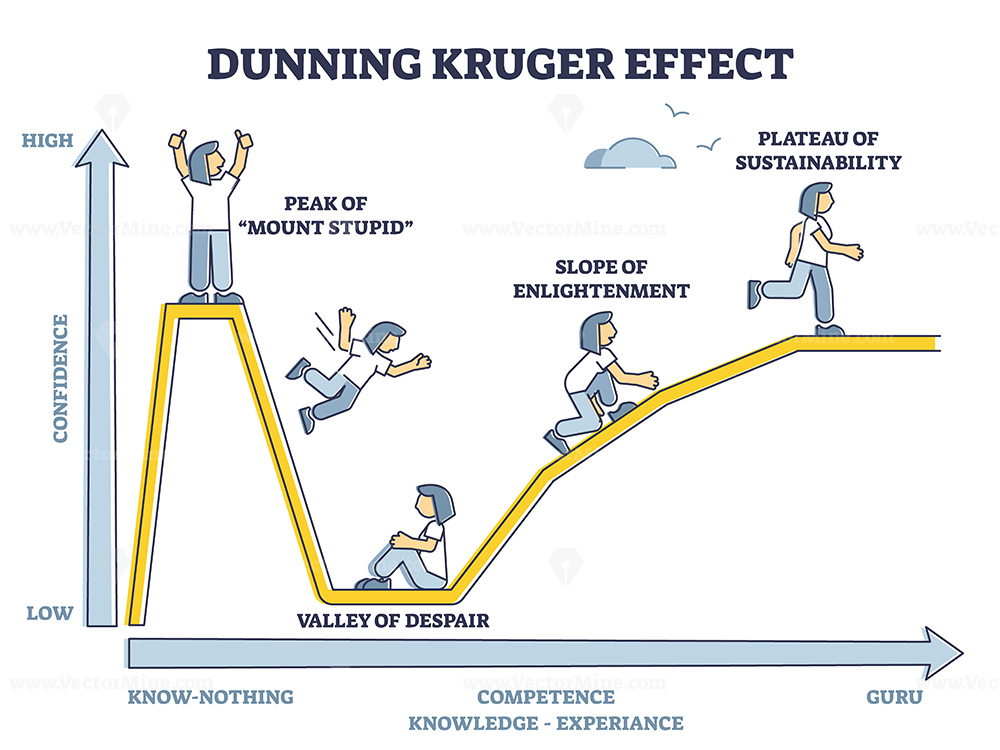 The Dunning-Kruger effect is about ignorant people being much more confident and pushy than the broadminded ones. Do not try to enlighten the fanatics. Let their ego and pride guide them instead, by agreeing with their logic. Play the game of rock-paper-scissors and let them pick alpha, while you counter it with beta or omega behavior. In case you happen to deal with the doubting bookworm, then it is your turn to show confidence and assure that the product you sell is indeed one-of-a-kind. Remember, it is not the strongest but the most adaptable emerges victorious.

The word “bias” tends to have a negative connotation. Frame it as “mental shortcut”, and you get the same meaning with a different attitude. This phenomenon can be bad, true. But it can also serve you well, because during the Informational Age, taking shortcuts is inevitable, due to the abundance of data around us.

Biases can be different, yet you should remember that almost any of them can be turned to your competitive advantage. There is also no human, completely free from it. It takes some willpower to resist the bias, which anyway cannot be accomplished in full. Therefore, make full use of biases and have at them!