Hopefully, you have already had the opportunity to read the first part of our special project on driving traffic to India. Today, we are going to discuss how we picked up an offer and creatives and launched our first ad campaigns. We will also touch upon our first results.

We created several ad campaigns based on a source type (PRIME, RON) and device (mobile and desktop traffic):

We didn’t set up advanced targeting options for tests. When the campaigns were already running, we made the following adjustments:

Also, we tested out our hypothesis on dividing campaigns by sections (4 blocks) and time intervals (2 slots). Eventually, we had to abandon it, as the average CR turned out to be lower than that of a standard campaign. Another disadvantage of this option is that it is difficult to update the costs if you work with multiple campaigns and have to do everything manually. All our campaigns were CPM-based, and so we had to update the costs manually for each creative to get accurate data on the performance of each banner.

We picked up the following offers: 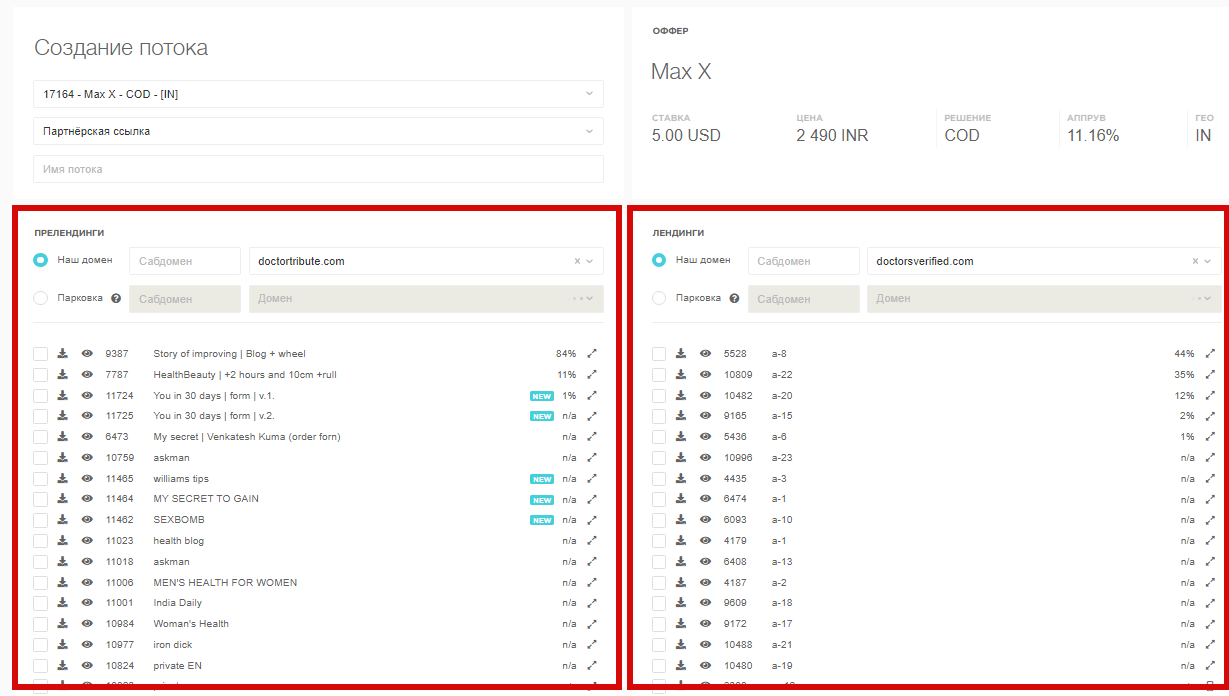 I added the flows to Binom Tracker as separate offers: 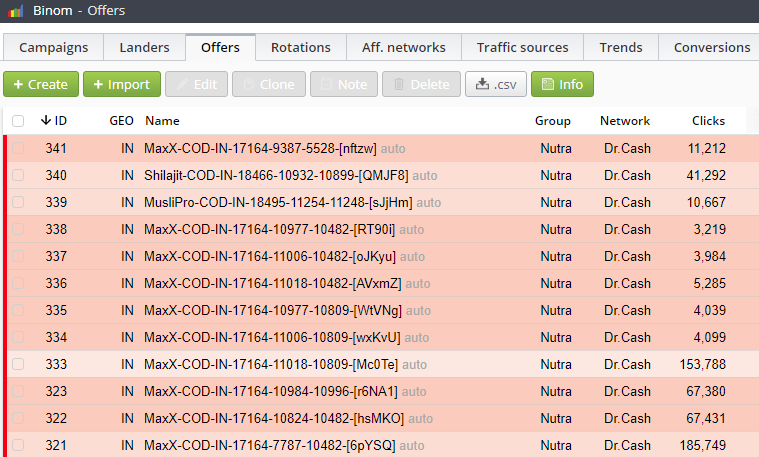 It’s up to you to decide whether you are going to use a tracker for campaign optimization or not, but remember that:

The tests revealed that the MaxX offer performed the best: 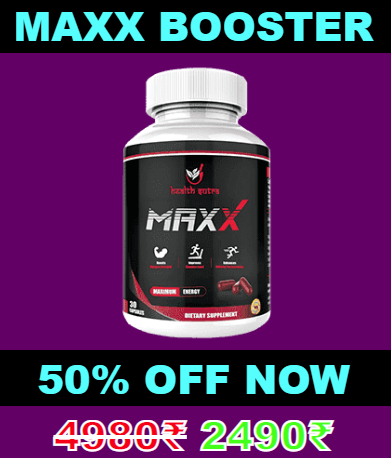 We used various approaches, but two of them proved to be the most effective: 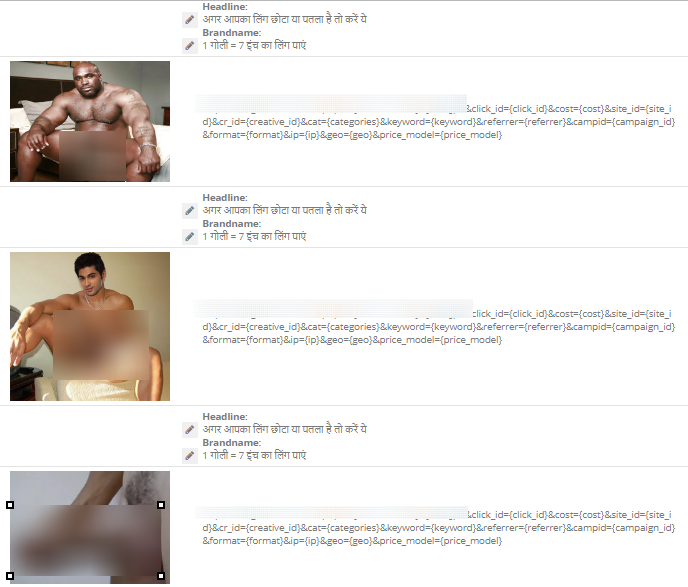 The CTR of creatives varied from 0.3% to 1.3%. But at the end of the day, you should focus on the average cost per lead for each creative. Also, bear in mind that an ad network and a tracker display all the conversions you have generated. However, a considerable part of these gets sorted out by an advertiser, especially when it comes to GEO India. We will talk about this in more detail below.

As for now, the stats are as follows:

I requested data on trash leads from Dr.Cash showing why they were filtered out. Turns out most of them were doubles:

People just left their applications several times in a row, which resulted in a high percentage of trash leads.

By the way, the offer didn’t accept traffic from some GEOs (15 Indian states were stopped). Unfortunately, the network does not allow you to blacklist states, and so I will have to deal with this challenge later on. I will probably collect the IPs of these states and disable them. Or I will send these IPs through a traffic back URL to some dating offer. If you have any ideas, please let me know.

As for the approval rate, it is far from great. Dr.cash claims that the average approval rate is 11.15%, but mine turned out to be lower. I tried time targeting and drove traffic from 11 pm to 3 am and then 25 hours a day, but it didn’t affect the approval rate. So, I’m going to change some IP settings and discuss the results in my next article.

Yes, the average ROI is approximately 0%. Hopefully, I will climb into the green soon.

The next step is to optimize and scale up my campaigns, as well as to split-test new creatives, offers, and landings. This will be the subject of my next article.