As for the Aweb Blog app, it took two iterations of meta tag editing to achieve the desired result.

Similar to SEO where the main off-page ranking factors include the number and quality of external website links, the off-app factors in ASO include the total number of installs, the number of installs by a certain key search query, app ratings, reviews, as well as social and engagement signals. These off-app ranking factors can be emulated using various services. In ASO, this technique is called motivated (or incentivized) installs.

Notably, the current infrastructure level of incentivized install services and search algorithms is very similar to SEO in the period between the SAPE link market development and the first Google Penguin update. Due to various risks associated with incentivized installs, some ASO experts try to avoid using this tool. At the same time, others claim that it is impossible to get to the top of search results in a number of highly competitive niches without incentivized installs, especially when it comes to newer apps.

Many ASO experts say that Google Play is particularly suspicious about sudden install surges. So, you have to generate incentivized installs either steadily or incrementally (as opposed to Apple’s App Store).

It is also important that the user opens your app on the 1st, 2nd, 3rd, and 8th day after installation.

For Aweb Blog to get to the top position in search results for all queries, the following number of installs was required: 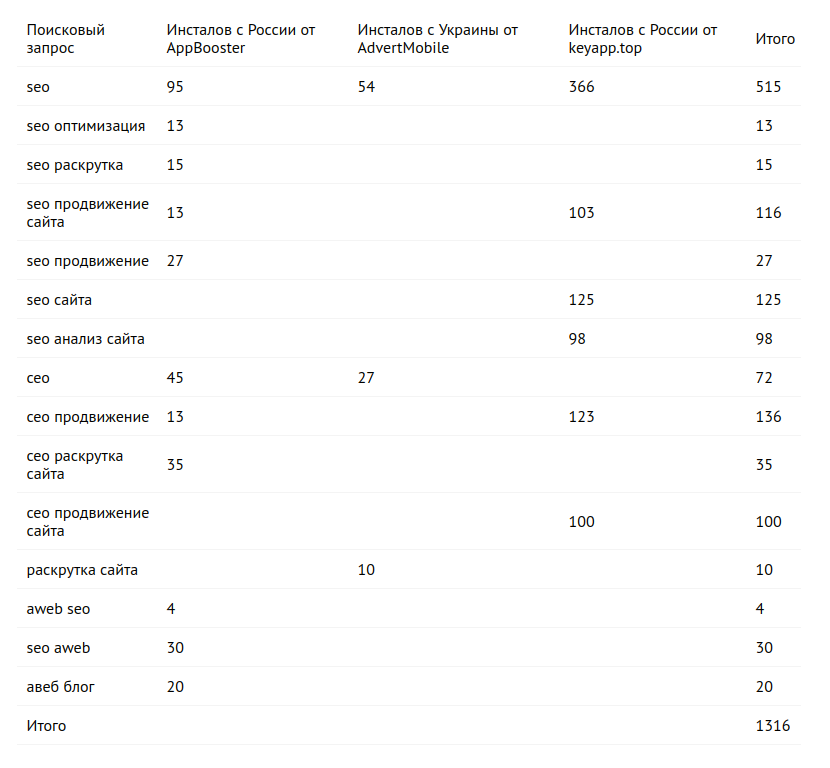 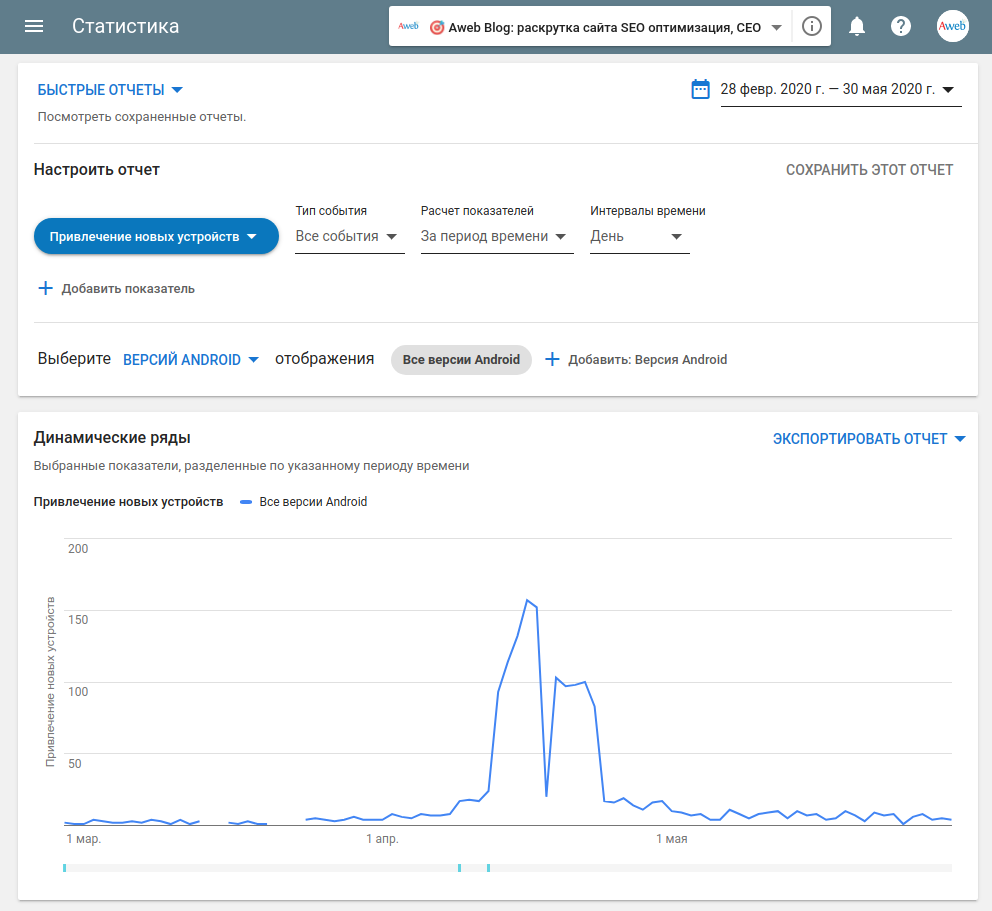 Reviews are an effective way to boost your app’s rating and get more user feedback. Apps with more reviews are ranked higher and therefore receive more organic traffic. The app’s rating usually correlates with a number of installs, as 70% of users read at least one review before installing an app. So, the more positive high-quality reviews your app has, the higher the chance the user will install it. Be sure to respond to both positive and negative reviews. Try to contact each customer who left a negative review and fix any problem they had with your app. This would be the best strategy in such a situation because you can’t delete reviews on Google Play. By the way, keywords in reviews are also a ranking factor for Google Play.

Backlinks to an app page

A lot of experts claim that backlinks to a Google Play app page do affect the app’s store ranking. Here are some of the most detailed experiments supporting this notion: 1 and 2.