Case Study: Driving Facebook Traffic to a Nutra Offer with a 181% ROI 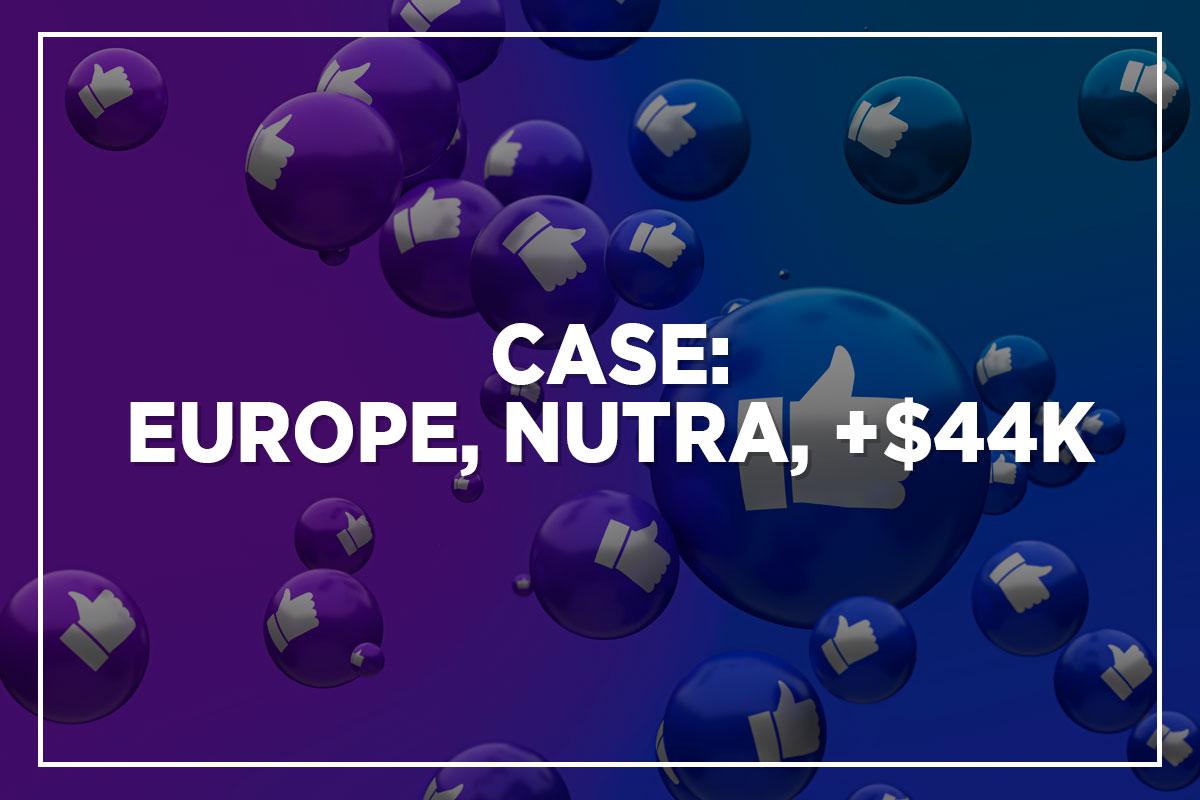 Funnel: Improved pre-landers and landings provided by the affiliate network

First of all, let us quickly remind you what tools we use in our work in case you haven’t read our previous case studies:

1) The first thing we did was improve the pre-landers. Now all our pre-landers have lead forms that were brought to a common standard based on our tests.

We managed to develop universally applicable combinations that got automatically inserted in our pre-landers, which basically means that our lead forms were dynamic and could look differently. On the first pre-lander, there was a vertical form with a particular button type, on the second — a horizontal one, on the third — a mini quiz, and so on.

We also added automatic region prefixes to all our forms so that the user had to fill in less information and to enhance telephone number validity.

We removed the text keyboard from the mobile version of our pre-landers so that the number keyword was automatically shown to users when they were entering their phone number. Thus, we increased user convenience and saved ourselves a lot of trouble, as people often push wrong keyboard numbers if they are too small and sometimes even enter some comments in the telephone number field. 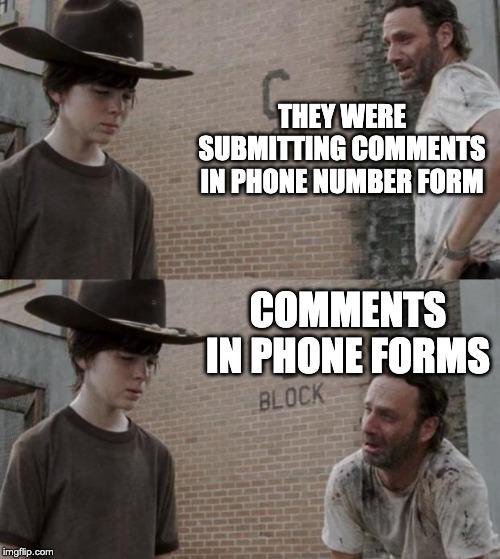 2) The second thing we decided to do was warm up all users who filled up the forms on our pre-landers and landings using SMS. Adding prefixes into forms stemmed from this decision and was meant to minimize invalid numbers. Now, all the telephone numbers entered into the forms are checked for validity, and if the number turns out to be valid, an automatic warm-up text message is automatically sent to the user. When it comes to sending SMS messages, we use an API solution by bulk SMS service SendPulse.

3) The third and most global change was automatic traffic distribution between our pre-landers. Having analyzed the traffic, we found out that some users repeatedly hit the same page.

The metrics show that some users visited the same pre-lander for 10,20, or even 30 times. Despite all this, some of them left valid forms. 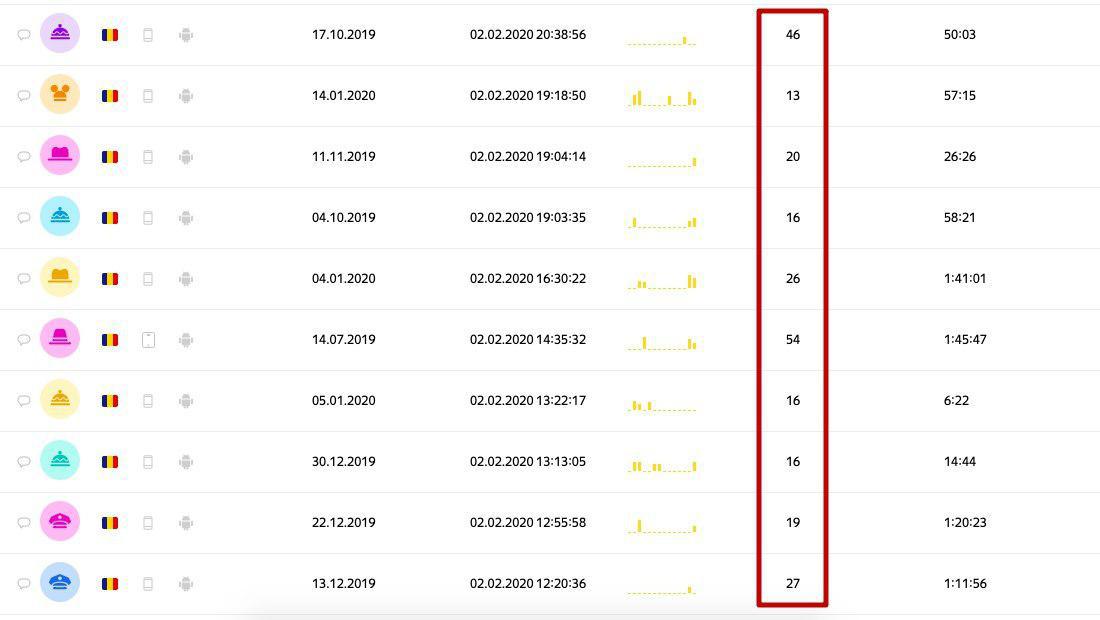 We decided to use the most common marketing trick, namely to increase the number of user touchpoints to boost our chances to generate a lead. So, when a new user hits any of our pages, we record their cookies, and this data automatically triggers traffic distribution across our pre-landers. We currently have eight pages for each GEO, and traffic is distributed between them. This basically means that when a user hits our page and the system sees that they have already visited our first pre-lander, it will show them the second one. If this page fails to generate a conversion as well, the system will show a user the third pre-lander next time, and so on and so forth.

Such an approach allows you to convert any traffic, both new and old users. So, these are some tech changes that we introduced over these two months. Now, let’s move on to the approach we took when running our marketing campaigns.

Our approach to running campaigns changed significantly, as we had to drive traffic using multiple accounts with a $50 limit. AEZAKMI developers lent us their helping hand. They invited us to join a closed beta testing of their API solution that saved us a lot of trouble.

Now we can automatically generate profiles with the footprints we need and with uploaded account cookies. We don’t have to do everything manually, we just generate 100, 200, or 300 account and launch a campaign.

We use accounts that come with AEZAKMI. Back then, the guys ran out of business manager accounts, and so we had to use regular ones. However, we didn’t notice any considerable difference between these two account types.

As compared to our previous campaigns, the overall account lifespan went down, and if an account remains active for three days, it is considered decent. However, prices per lead weren’t affected at all, which was rather encouraging. The average price per lead accounted for $3-4.

We used almost the same creatives as we showed in our previous case studies, and so there is no point in attaching them here. If you want to get a general understanding of our approach to creatives, you can follow this and this link. 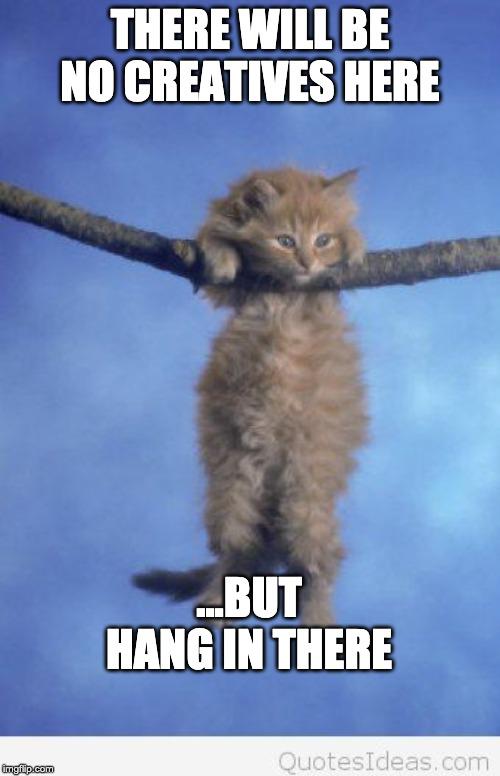 In January, we decided to test new GEOs — Spain and Portugal. We also continued working with the Czech Republic. We brought similar approaches we used when driving traffic to Italy and Romania to our test campaigns, but they produced different results on new GEOs. Spain performed well both in terms of price per lead and approval rate. The opposite was true for Portugal. Although we didn’t plunge into the red, the average ROI on this GEO was low.

We decided to work with Spain on a regular basis as it showed good results with our current approaches, and we are still testing Portugal and searching for new approaches that will be more effective.

Stats from the affiliate network: 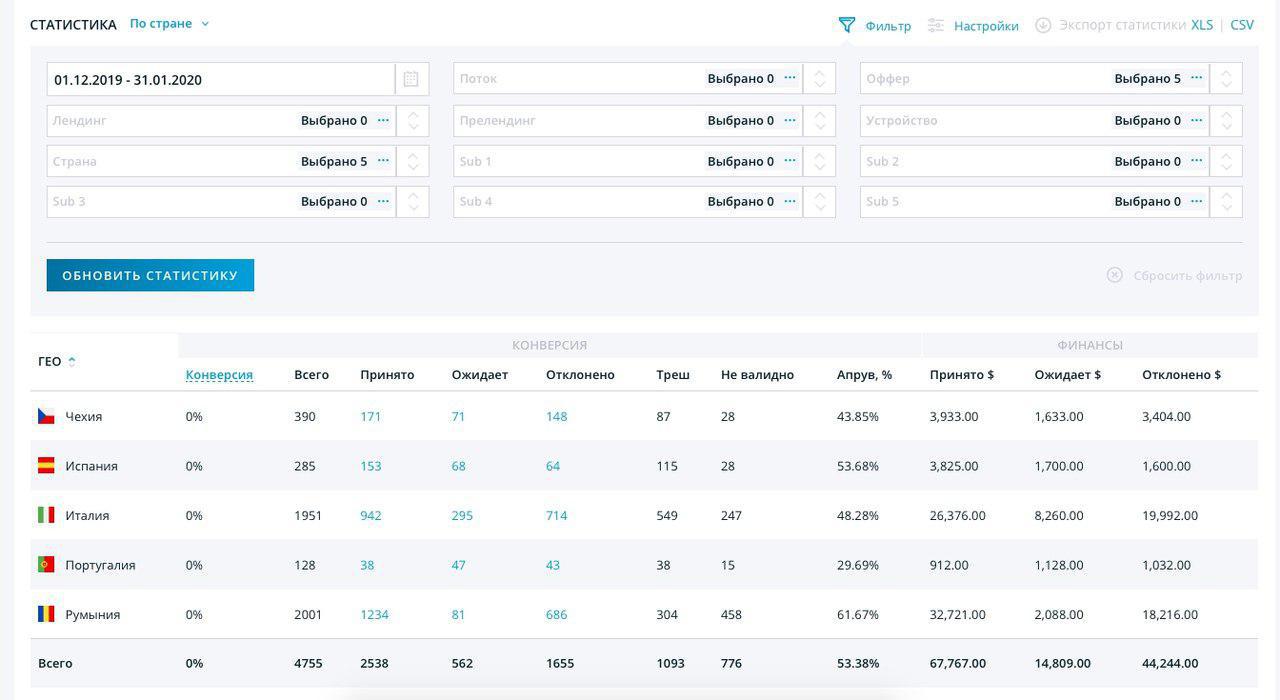 We didn’t have any issues with the call center over this period, except for one occasion when somebody exceeded the caps for Italy and the approval rate was low for a couple of days as the call center was very busy.

The general conclusion is that running campaigns has got harder, but thanks to our systematic approach we managed to enhance our campaigns’ performance. Now we are focusing on the technical part of our work, and I think that soon we will tell you about our next major update. Next month we are also going to start working with SS offers (Straight Sale). This model presupposes that the user can pay directly on a website without filling in the form. So, we will publish an article comparing COD and SS offers belonging to the same vertical pretty soon.

P.S. In this case study, we focused on working with pre-landers and various technological solutions, so don’t be angry with us paying little attention to creatives and screenshots from our Facebook ad account.

Disclaimer: The case was written by one of the MyLead  publishers who wished to remain...
Read More
815
1
https://zorbasmedia.com/case-study-how-to-make-443-85-promoting-dating-offers-on-google-ads/
Copy link Facebook VK Twitter Telegram